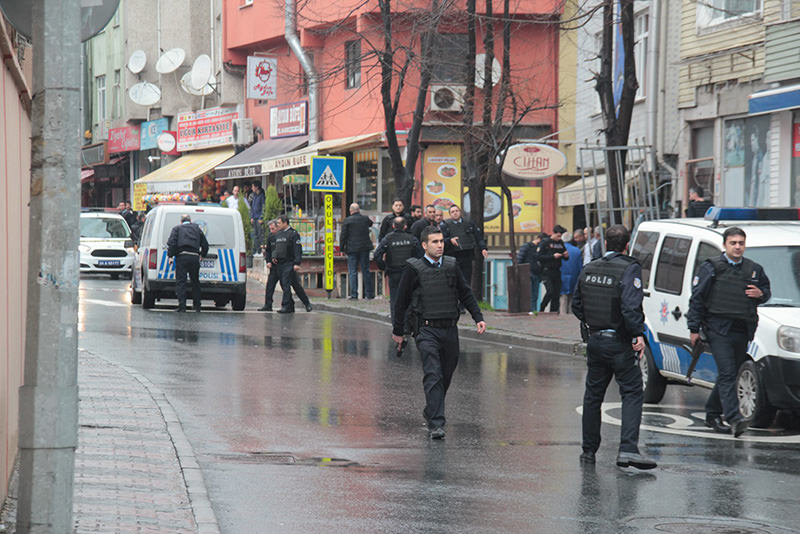 by Daily Sabah Mar 03, 2016 12:00 am
Two female terrorists who opened fire and dropped hand-made bombs at the entrance of the Riot Police Directorate in Bayrampaşa on Thursday morning, on Istanbul's European side, have been identified as members of the DHKP-C terror organization.

The two women, identified as Çiğdem Yakşi and Berna Yılmaz, were reported to have carried out the attack at 9.45 a.m. [0745GMT], prompting the police to retaliate with fire.

The two women then took refuge in a nearby building where they were surrounded by police who rapidly launched an operation after the pair ignored calls to surrender. 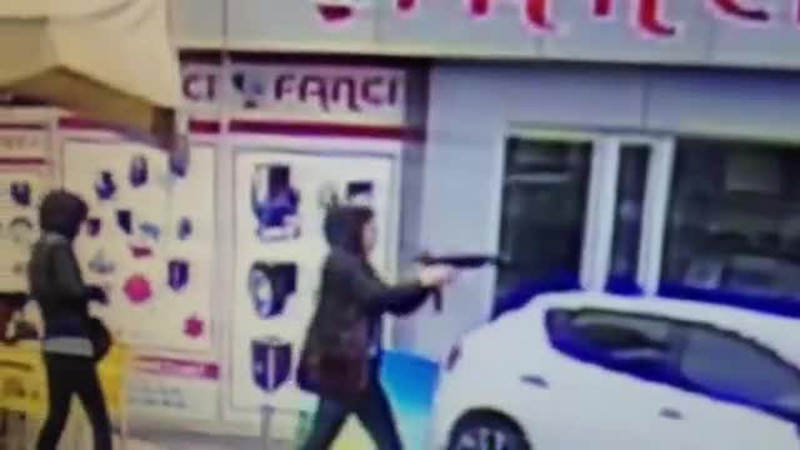 In later hours, media outlets reported that the two women assailants involved in the attack were killed.

Istanbul Governor Vasip Şahin told reporters in press conference that two police officers were wounded one by broken glass during the attack on the police station.

Another officer was injured separately during the operations according to Şahin.

The two injured officers are in a stable condition, the governor added.

Both of the attackers had criminal records as members of the DHKP-C and had been previously charged.

Berna Yılmaz made the headlines when she and another protester unfurled a banner calling for "free education" at an event attended by then-Prime Minister Recep Tayyip Erdoğan in 2010. She was later released but was re-arrested for DHKP-C membership.

She was released after a brief detention and told the court she was not involved in "any illegal acts" and was only working as a secretary for a left-wing labor union.

Media outlets reported Çiğdem Yahşi was on a police watch list for a plot by the DHKP-C to attack a courthouse complex in Istanbul. Yahşi was previously detained in Istanbul's Sarıyer district before her release, following a brief detention on terror charges.

In a Twitter post accompanied by photos of Yahşi and Yılmaz from an account affiliated with DHKP-C, the terrorist organization claimed responsibility for the attack, stating that the attack was "in retaliation" for riot police "oppression" of group members. Riot police are commonly present at DHKP-C rallies.

The terrorist organization is known for its active participation in riots, such as those in Taksim during the 2013 Gezi Park protests, and the riots against the police for the alleged killing of a protester by a tear gas canister.

The DHKP-C, although less influential in Turkey than other terrorist organizations such as the PKK, still represents a considerable threat to the country with a string of attacks in past years. The group was behind the suicide bombing that targeted the United States Embassy in Ankara in 2013, and the killing of a prosecutor in a courthouse complex in Istanbul in March 2015.

The DHKP-C was founded in 1978. Purportedly supporting Marxist-Leninist ideology, it was most active during the Cold War era. The group has revived its attacks in recent years. It is listed as a terrorist organization by Turkey, the U.S. and EU.

Police were on the alert against the terrorist organization after several members of the group infiltrated Turkey from Greece, where they were released last year after a brief detention. Two militants, one male and the other female, planning to launch attacks, were captured in the western province of Aydın where they secretly arrived by boat from Greece. Two other DHKP-C members who are believed to have sneaked into the country from Greece are still on the run.

Security concerns are high in Turkey, recently beset with terror attacks in the southeast and most recently in Ankara, the capital.
In the latest attack blamed on DHKP-C, a suspected member of the group was shot dead after a group of militants hurled bombs at a police station in Istanbul's Sarıyer district in February before attempting to flee the scene.

Riot police headquarters in Bayrampaşa was the target for another attack in December 2015. A roadside bomb detonated near a subway station just as a bus carrying riot police officers passed by. No casualties were reported in that incident.
Last Update: Mar 03, 2016 4:28 pm
RELATED TOPICS