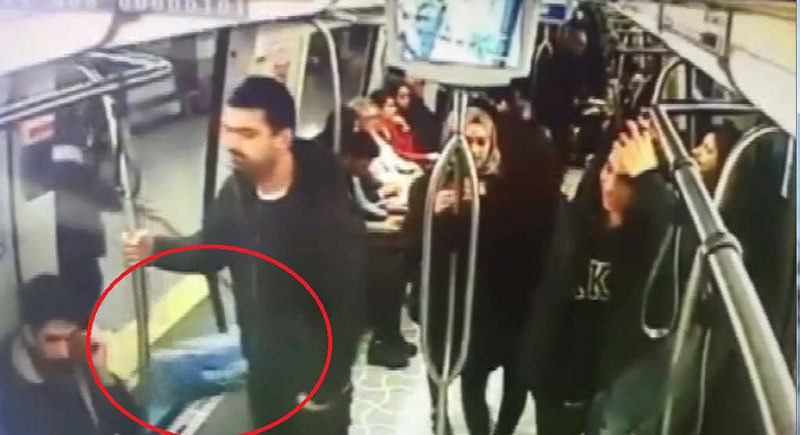 The footage shows one person dropping a bag into a train in Ünalan station, one of the busiest of the line due to its intersection with Istanbul's Metro-bus system, right before the doors closed. As the train started moving, the passengers panicked and try to get away from the bag as far as possible.

According to the eyewitness, one of the pranksters shouted "bomb" as he dropped the bag into the train.

After the train stopped at the next station, the three suspects from ages 17 to 18 were handed over to police by the subway security. The three teens spent the night in the jail on Friday night. One day following the incident, the trio faced charges in court for causing fear and panic in public.

The court heard the suspects' testimonies, after which it issued an order for their release.