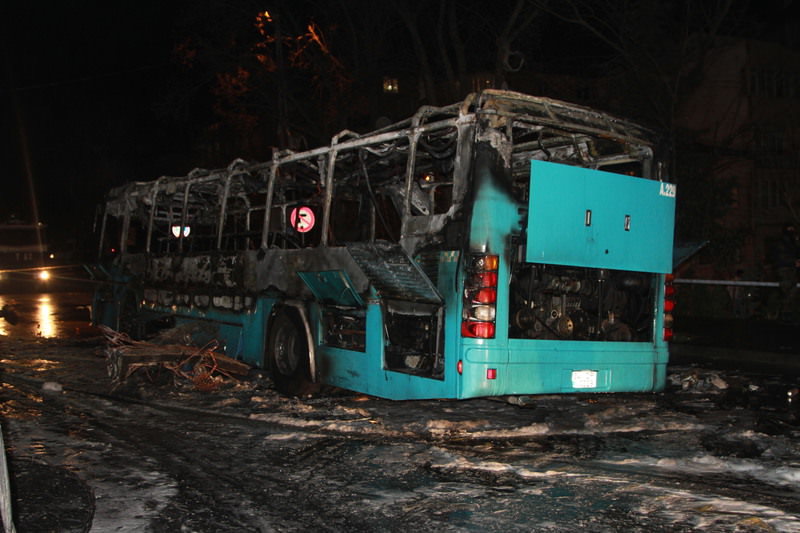 The group stopped a bus en route to Eyüp district and forced all passengers and the driver to get off. The militants then threw molotov coctails into the vehicle, erupting a large fire. The bus and some private cars have become unusable as a result of the attack.

No injuries have been reported from the incident.

Security officials have taken extensive measures in the area and have commenced an investigation into the attack. The police are investigating whether the terrorist supporters have any links to the PKK or not.

The attackers are suspected to be a member of a group that has close ties with the PKK. The groups affiliated with the PKK carried out similar attacks in Istanbul before, killing civilians and damaging public and private property.