Neighbors throw pots at man shooting wife, save her life 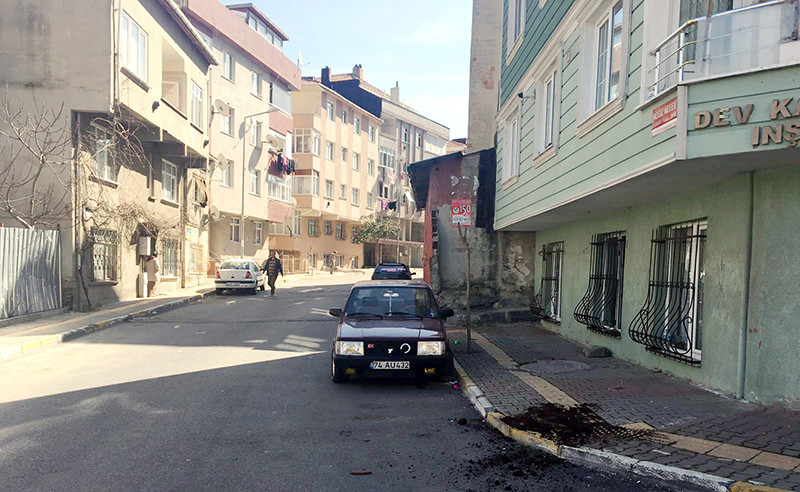 Neighbors came to the rescue of a Turkish woman who was trying to run away from her husband as he was shooting at her by throwing flower pots at the man from their balconies.

Furious that his wife had started divorce proceedings, the man fired at her twice in a street in Gaziosmanpaşa, a working-class district of Istanbul.

Neighbors, shocked by the sound of gunfire, rushed to their windows and raised the alarm before hitting the man with flowerpots, stopping him from firing a final deadly shot.

The woman and her brother were not fatally injured, according to the Doğan News Agency.

The husband managed to escape and a manhunt is now underway. Officials do not know if he was injured.

The domestic dispute is like a previous murder attempt in the western city of Denizli last year when a man attempted to kill his wife for seeking a divorce. A passerby saved the woman as she was being stabbed by her husband by hitting the man with a bucket he found on the street, forcing the man to get off of the victim he was stabbing after the man repeatedly hit him with the bucket. He was detained by police who arrived minutes later and the victim survived the attack.

Domestic violence and the murder of women by their husbands, partners and relatives have long been sensitive issues in Turkey and broader media coverage has exposed this disturbing trend more in recent years. Factors stemming from a warped mindset cause men to kill women who cheat on them in so-called honor killings and lighter sentences being given to men who murder women are blamed for the prevalence of the crime. A total of 413 women were killed by their spouses and relatives between February 2015 and February 2016, according to a nonprofit organization.

Fatal domestic violence cases are a common occurrence in the country and the victims, which are almost all women, have filed for divorce in a majority of cases. Although police protection and shelters are available for women who are threatened by their spouses, authorities say it is difficult to prevent murders or acts of violence by mere legal measures.

The government is in the final stages of a proposed action plan to fight violence against women. The plan is expected to improve legal and preventative measures taken by the judiciary and law enforcement as well as raise awareness about the issue. The plan will provide more assistance to victims and rehabilitation for perpetrators.