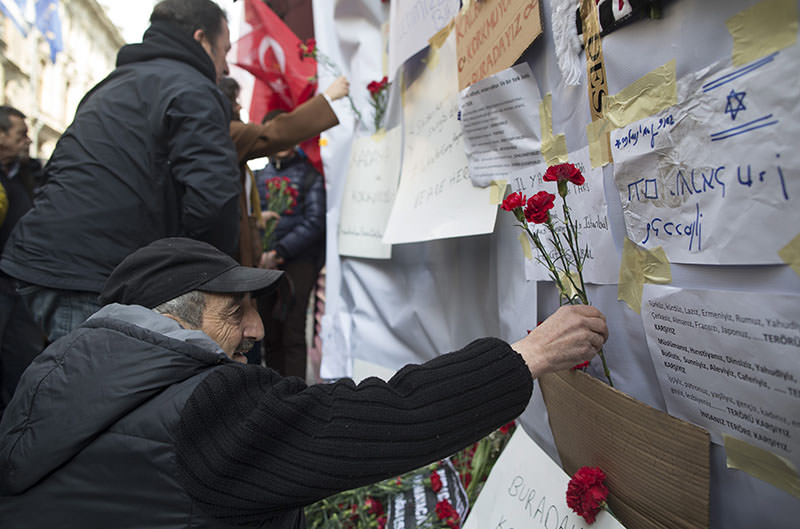 Four people who got injured in Saturday's suicide blast in Istanbul remain in intensive care at hospitals, Health Ministry said in a statement Monday.

According to the ministry, 12 victims continue to receive treatment at the hospitals.

Interior Minister Efkan Ala said Sunday the suicide bomber had been identified as 24-year-old Mehmet Öztürk, who was born in Turkey's southeastern province of Gaziantep.

Ala added the bomber is suspected of having links with Daesh terrorist group.

Saturday's suicide bombing on Istanbul's main shopping street, popular with locals and tourists, left Turkey reeling from the second such attack within a week.

Prime Minister Ahmet Davutoğlu denounced the suicide bombing as "inhumane" and reiterated that Turkey would continue its struggle against "centers of terrorism." He also extended his condolences to the families of victims and wished the injured a speedy recovery.