Construction of Istanbul's 3rd airport, expected to be the world's largest, continues 24/7 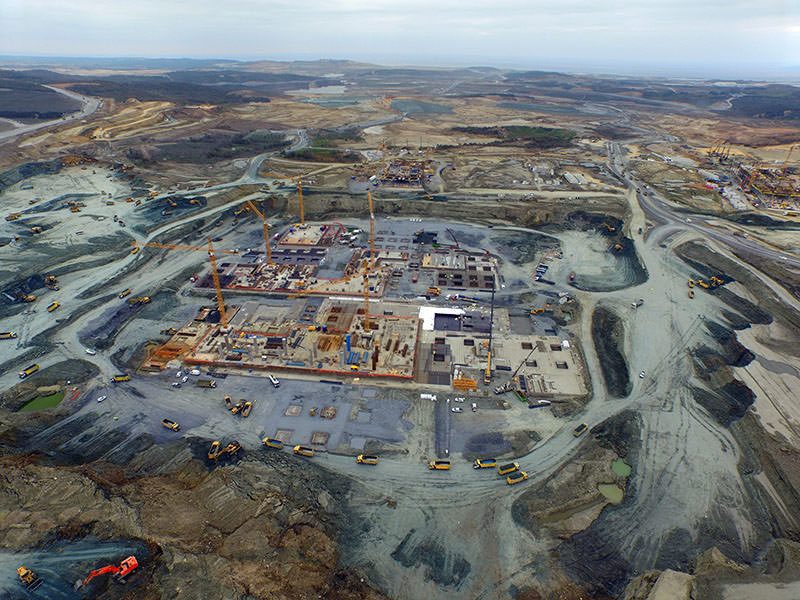 The construction of Istanbul's new airport, expected to be the world's largest, is taking place 24 hours a day, 7 days a week, with more than 13,000 workers from 16 countries.

Istanbul's third airport – after Atatürk and Sabiha Gökcen – is now under construction in the northwestern part of the city in the European part.

The first stage of the project is expected to be open by 2018.

The project is seen as one of the world's largest in terms of the site and the number of workers.

The first two-and-a-half years of the project – set to include shopping malls, hotels, and social and religious facilities – carry a price tag of some 6 billion euros.

The airport will have connections to the metro, the high-speed train, and bus service.

The project's infrastructure and superstructure work has been carried out in different zones simultaneously due to deadlines.

President Recep Tayyip Erdoğan said last October that the new airport would set an example to the world in terms of being environmentally friendly.

"Generating its own energy, this airport is designed to be eco-friendly and handicapped accessible," he said.

The new airport's waiting areas will be decorated with live plants.

Erdoğan said that once the new airport is completed, it would be one of the largest in the world in terms of passenger capacity.