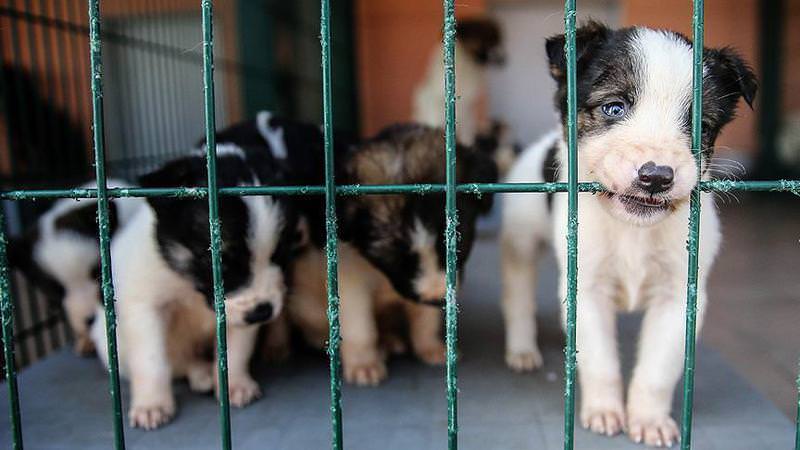 Istanbul's stray dogs may have no home, but the city has made sure not to leave "man's best friend" behind.

The dogs are then neutered and vaccinated against rabies before they receive a yellow ear tag that allows them to return to the place from where they were found in Istanbul.

Built on 380 acres of land, the animal shelter also provides vaccination, sterilization and other services with help from veterinarians.

Eighty people work at the shelter, out of which 18 are veterinarians, according to Coskun. The shelter contains a nursery, 10 treatment units and an administrative building. Each of these departments is 500 square meters.

Coşkun assured Istanbul residents not to worry about rabies from yellow ear tagged stray dogs. He said there had only been one case of rabies in the last three years in Istanbul.

Veterinary services carried out rabies vaccinations on 25 stray animals in the city last year, he said.

But Coskun warned "there could be a possibility that a stray animal [in Istanbul] has rabies if its behavior is not normal".

He also urged animal lovers to not buy pets but to adopt them instead, which would help in reducing the numbers of animals without a home.

"An animal should not be bought as an anniversary gift or a reward," Coşkun said and called on Istanbul residents to adopt a stray animal instead of buying one.