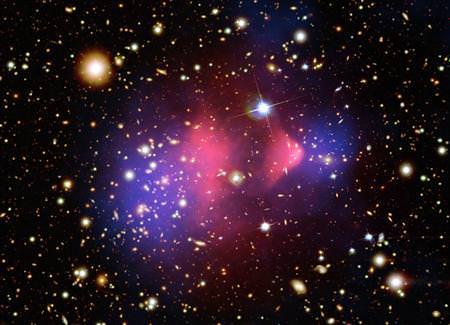 Collaboration between Turkish researchers and the European Organization for Nuclear Research, also known as CERN, will help Turkey's advance in science and technology, a senior university professor involved in the joint effort told Anadolu Agency Wednesday.

In March, Turkey's Istanbul Bilgi University became part of CERN's Atlas experiment, which is designed to observe dimensions and particles that could make up "dark matter," which, according to researchers, makes up most of the universe, but can only be detected via its gravitational effects.

The European organization's laboratories near Geneva contain accelerators that make particles collide with each other almost at the speed of light, which gives scientists clues about how the universe works and an understanding of the laws of nature.

Turkey has begun to contribute greatly towards cooperation in the field of technology ever since it became an associate member of CERN in May 2015, Çetin said.

"Our aim is to make sure [Turkey's] industry and economy benefits at the maximum level from the technological developments, which are triggered by research," he said.

Turkey will for the first time host the CERN Accelerator School, which has been providing training in particle physics for 30 years, at Bilgi University in September.

In 2012, experiments at CERN's Large Hadron Collider in Geneva concluded that they had discovered a new particle-the Higgs Boson.

Physicists Francois Englert and Peter Higgs were awarded in 2013 with the Nobel Prize in Physics "for the theoretical discovery of a mechanism that contributes to our understanding of the origin of mass of subatomic particles".