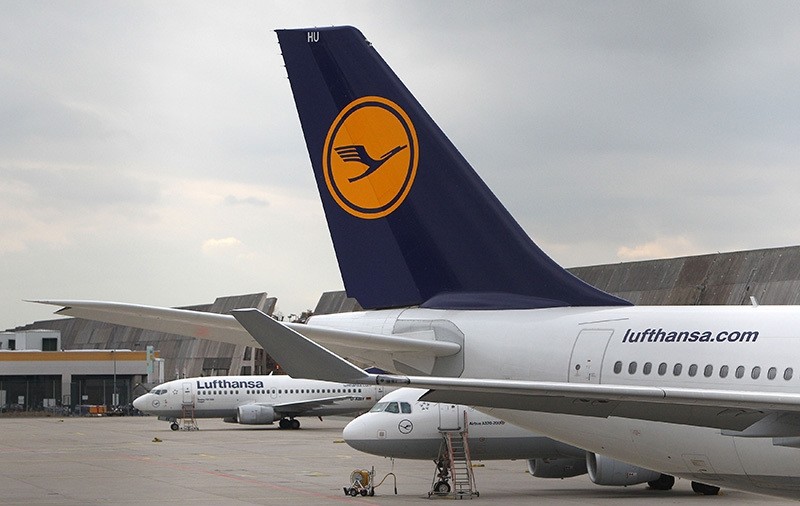 This file photo taken on November 06, 2015 shows aircrafts of German airline Lufthansa parked at the airport in Frankfurt am Main, as the flight attendants' union UFO called a nine-hour strike. (AFP Photo)
by Daily Sabah Jun 07, 2016 12:00 am

A Frankfurt bound flight of German airliner Lufthansa was cancelled just before the flight took off on Tuesday due to unpleasant smell coming from the toilet cabin.

Following maintenance and cleaning procedures in Istanbul's Atatürk Airport, the Airbus A-320 aircraft of the German flag carrier was getting ready to take its passengers on board, scheduled to depart for Frankfurt at 05:45 p.m.

The first pilot sensed an unpleasant smell coming from the toilet cabin and subsequently cancelled the flight.

Some passengers were transferred to other flights, while others checked into a hotel, waiting to board the next flight.