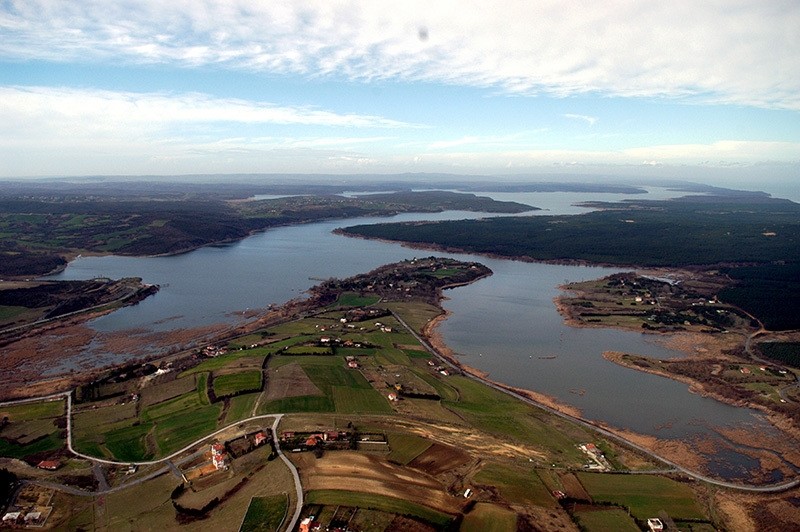 This file photo dated 2007 shows Lake Terkos, a natural freshwater lake on the Black Sea coast dammed to provide water to Istanbul.
by Daily Sabah with AA Jun 11, 2016 12:00 am

Istanbul Water and Sewerage Administration (İSKİ) stated that the city's water consumption has reached a record high on June 2 with 3.045 million cubic meters consumed throughout the day.

In a statement released by İSKİ on Friday, the increase in consumption was related with increasing temperatures along with not complying with basic water saving measures.

The figures are not alarming for this season as latest average storage level throughout Istanbul's dams is currently at 78 percent. However, when dry winters and springs are concerned, it is a fact that Istanbulites need to be more economical in water consumption.