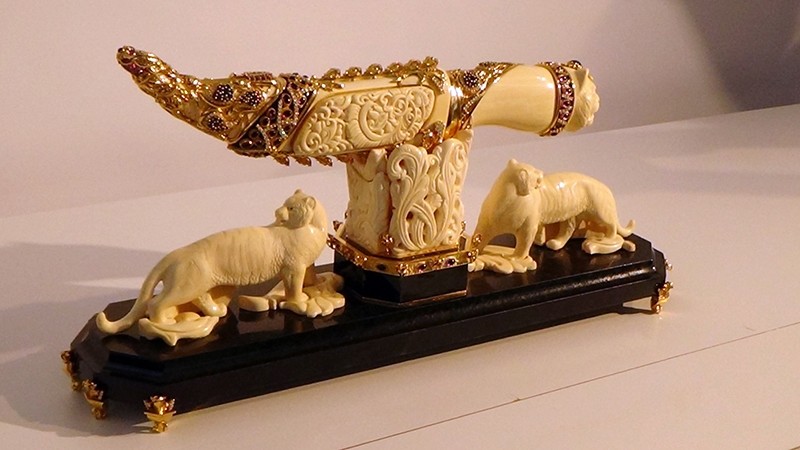 The ivory dagger-garnished with ruby, sapphire, emerald and diamond-was found during an anti-smuggling operation, police said in a statement.

A Turkish businessman, identified only his initials A.A., and two aides were detained during the operation in Istanbul's Esenyurt district.

Police say the dagger was looted from one of Gaddafi's palaces during an uprising which started in 2011.

The bloody conflict ended on Oct. 20, 2011 with the removal and death of the longtime Libyan leader.

Police said the Turkish suspect bought the dagger for $4.6 million three months ago and was planning to sell it for $10 million to a Saudi businessman.

In another operation in Istanbul's Arnavutköy district, police also confiscated 200 gold and bronze coins belonging to the Byzantine and Ottoman eras.