Ecuador thanks Turkey for aid after April earthquake 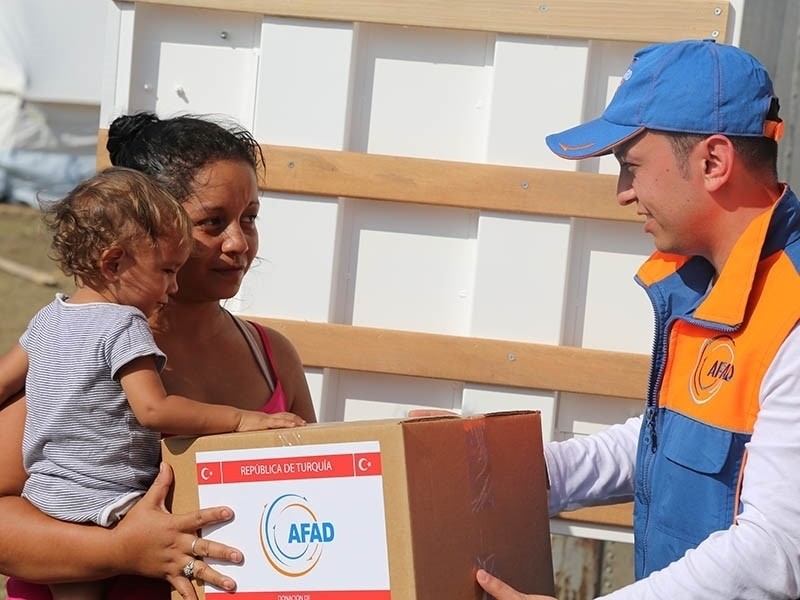 The Ecuadorian Foreign Affairs and Human Mobility Ministry thanked Turkey for its humanitarian aid in the aftermath of a major earthquake. The South American country was rocked by a 7.8 magnitude earthquake on April 16 that killed more than 650 people and injured about 17,000 others.

Releasing a message on the website of the ministry with an image of the Turkish flag adorned with "Thanks Turkey" in Spanish, officials expressed their appreciation and solidarity.

The state-run Disaster and Emergency Management Authority (AFAD), the leading state agency for earthquake aid and aid in natural and man-made disasters, is at the forefront of Turkey's aid to Ecuador. A delegation of AFAD experts was dispatched to Ecuador on April 22 to assess the humanitarian needs. 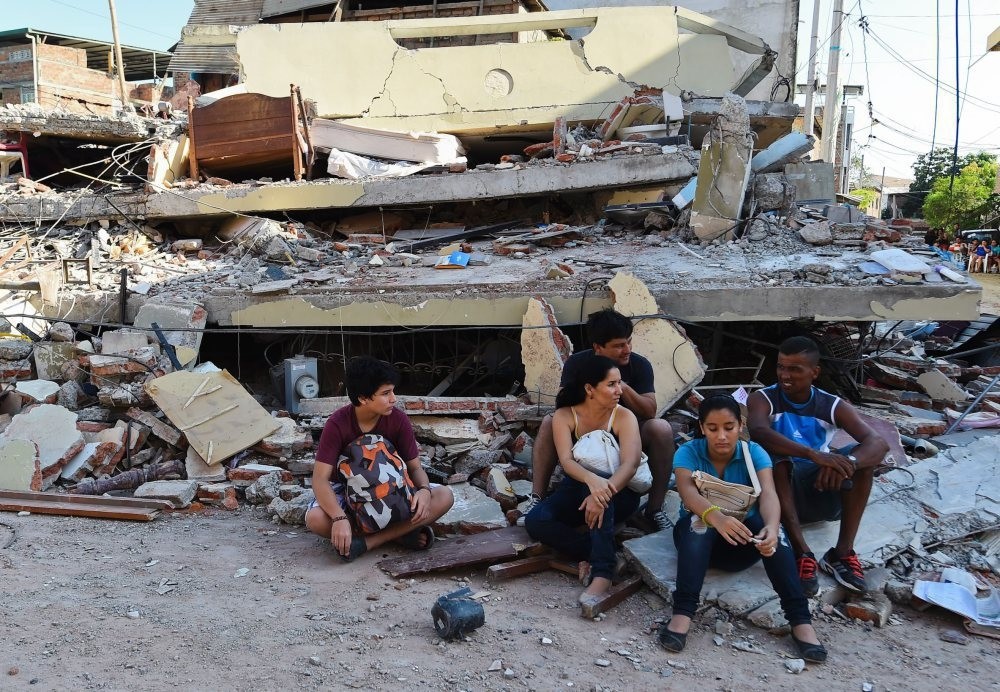 Ecuador was devastated by the April 16 earthquake that killed 660 people. Turkey's AFAD was one of the first responders and delivered food and hygiene aid to survivors.

The Ecuadorian officials said Turkey was sending 24.9 tons of aid, consisting of food and hygiene kits, to cover the needs of 2,000 families. The Foreign Ministry's statement also highlighted AFAD's other deliveries, including mobile lavatories and 80 refrigerators to preserve food for the displaced families amid the overbearing summer temperatures.

The epicenter of the tremor was 27 kilometers away from Muisne, a small town in Manabi state located on the country's Pacific coast. Six out of 22 states in the small country were affected by the earthquake, which left some cities significantly damaged. The earthquake was particularly serious for a region populated by low-income citizens dependent on tourist revenues. The cities of Manta, Portoviejo and Pedernales in Manabi particularly suffered severe destruction. About 7,000 buildings collapsed during the earthquake while more than 20,000 people were left homeless. The earthquake was followed by six aftershocks between the magnitudes of 5.5 and 6.2.

Turkey was one of the first countries to offer help to Ecuador and pledged more than TL 1 million ($353,000) in aid to the country in the aftermath of the disaster.

Ecuador especially requested aid in relation to lavatories and hygiene kits for those affected by the earthquake, according to officials. Along with hygiene kits, Turkey will send food packages composed of ingredients catering to the nutritional habits of Ecuadorians. Each food package contains sardines, rice, lentils, pasta, milk powder, sugar and tuna fish, while hygiene kits come with soap, wet tissues, toothbrushes, toothpaste and diapers.

The disaster came during a period of economic decline brought about by reduced oil revenues, and the government has vowed to temporarily increase taxes, sell assets and to consider issuing bonds abroad to fund the rebuilding process. Along with Turkey, the United Kingdom, Ireland, Canada, Colombia, Cuba, Peru and several other countries offered humanitarian assistance to Ecuador.

A Turkish team of volunteers who trained ECU 911 or Integrated Security Service, a state-run emergency and disaster relief service in Ecuador, was also invited to the country by Quito following the earthquake. The volunteers coordinate aid efforts, ranging from the provision of health services to food aid, in villages in Portoviejo. The volunteers now plan to install water purification systems for villages where the water grid was damaged by the earthquake.
RELATED TOPICS