Istanbul's beaches get all-clear for swimming 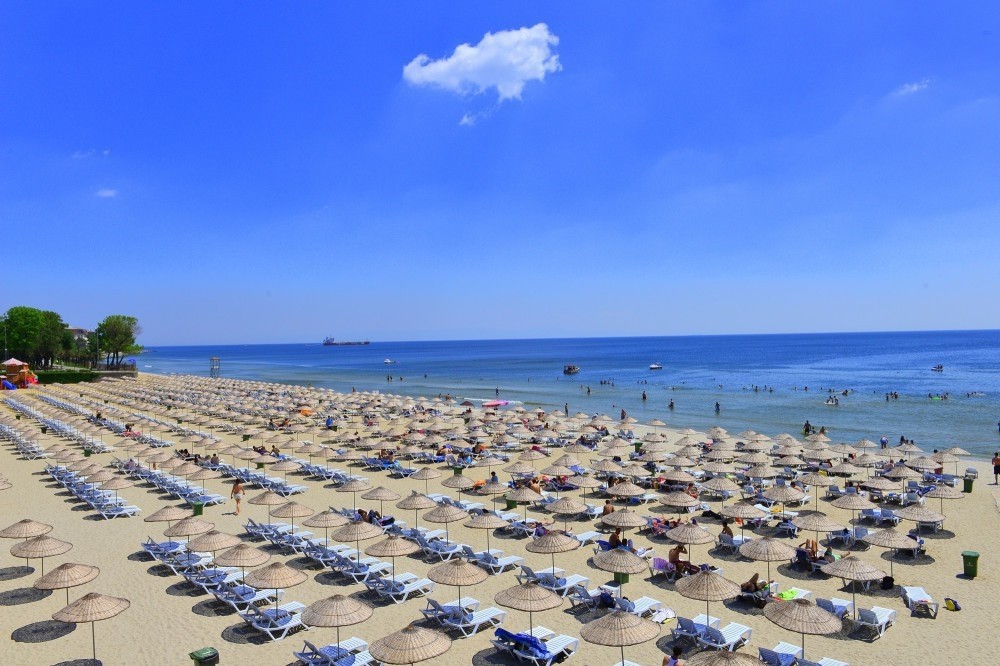 by Daily Sabah Jun 17, 2016 12:00 am
Local health authority evaluating the maritime pollution, confirmed that all 86 locations suitable for swimming were clean, giving greenlight to swimmers as the summer kicked off with rapidly rising temperatures.

Hüseyin Özyurt, a senior official from the Istanbul Public Health Directorate, has given the city's beaches a clean bill of health. The official said they were regularly monitoring places for swimming between July 1 and Sept. 15 every year and taking samples to assess pollution levels. He said current analyses showed that there was nothing that would be harmful to swimmers at 86 beaches. Özyurt assured the public that the measurements were without fault as they take samples during rainy, windy and cloudy days, which all affect the quality of water. He said pollution updates can be followed online at yuzme.saglik.gov.tr.

The city's 515-kilometer long coast on the European and Asian sides hosts Istanbulites seeking a cool getaway either in the waters of Bosporus between the Marmara and Black Sea or on the shores of the two seas. However, pollution has driven away many people in the past. Efforts to keep the sea cleaner by local authorities and nongovernmental organizations played a role in making beaches a favorite of locals. Apart from human waste, waste from ships traveling through Bosporus pose a risk of pollution. The municipality started deploying drones a few months ago to monitor the possible dumping of waste by ships.

Along with measurement of water quality, authorities also deploy underwater cleaning crews every summer to ward off the ubiquitous moss that deters swimmers.
Last Update: Jun 18, 2016 12:40 am
RELATED TOPICS