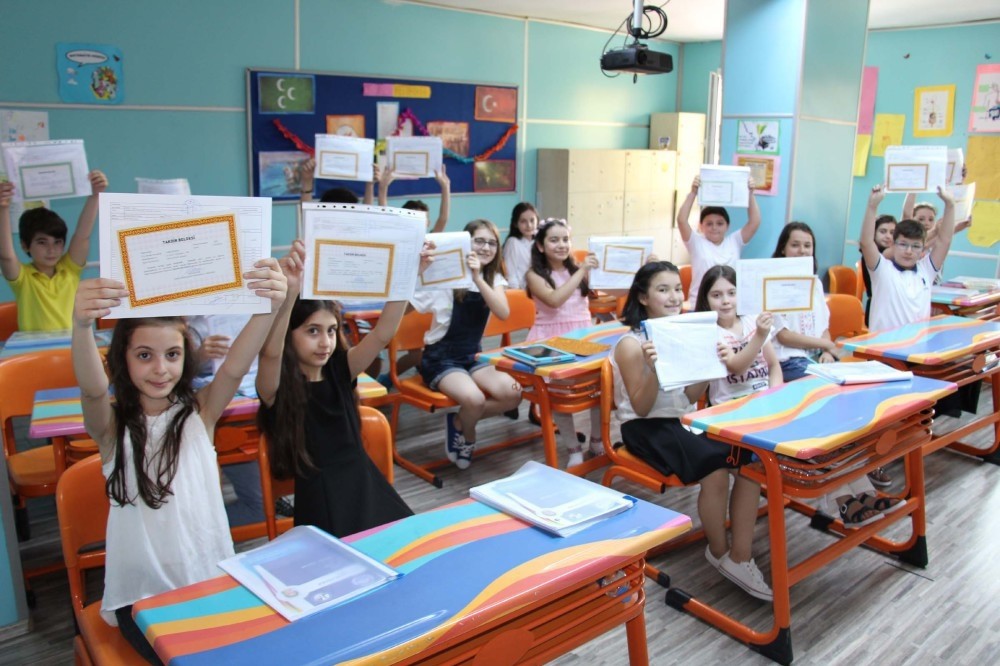 Millions of grade and high school students welcomed summer break on Friday. For Istanbul, the break means a decline in the city's heavy traffic

More than 17 million students attending grade and high schools celebrated the end of second semester on Friday, which marked the start of a three-month summer break. Students across the country also received their report cards in traditional celebratory ceremonies.

The summer break for millions of students is also a much welcomed break for residents of the country's largest city. Locals had a very different reason to celebrate the end of the semester, as it brings some relief to the city's chronic traffic problems. About 17,000 school buses take to the streets every morning and afternoon in the city, adding to the already frustrating traffic snarls. School buses, or rather minibuses, pose a challenge to motorists both in the morning and afternoon rush hours and afterward, as they generally park along the lanes and sidewalks near schools before taking students home. The city's mass transit is also further crippled by overcrowding because of students and school staff who join the massive crowds of commuters every morning and evening.

Often complained about, Istanbul's traffic congestion claims nine days from the lives of commuters every year according to studies looking into the city's traffic figures. Istanbul was named the city with one of the worst traffic problems in the world. Motorists and commuters spent 438 hours in traffic jams in 2014, and the residents of Istanbul spend an average of 219 hours stuck in traffic, roughly corresponding to nine days, according to the study. Although students cheer the break from classes, high school students will have to take exams for one more week, as university admissions exams will continue throughout the next week, with the first round of exams scheduled for Sunday.

For those with low grades, the end of second semester means a dressing-down and in some extreme cases, corporal punishment from parents. In families with a history of domestic violence, the fear of being beaten at the hands of violent parents pushes some students to suicide. Psychiatrists warn parents against strict punishment of children due to poor grades. They urge for a balanced approach toward report cards, neither rewarding nor punishing too much for high or low grades. They also suggest spending more time with children during summer break.

Prime Minister Binali Yıldırım joined students at Piri Reis Middle School in Istanbul's Beyoğlu district, which he graduated from some 48 years ago, for an event to mark the end of the second semester. Accompanied by Education Minister İsmet Yılmaz, Yıldırım delivered report cards to the students. "You are the future of this country and about 1 million teachers across Turkey work hard to prepare you for life," he told the students. He delivered chess sets and books to the students.

Feelings were mixed for students in the southeast, which has been gripped by PKK clashes with security forces, which started before the beginning of the first semester in September. 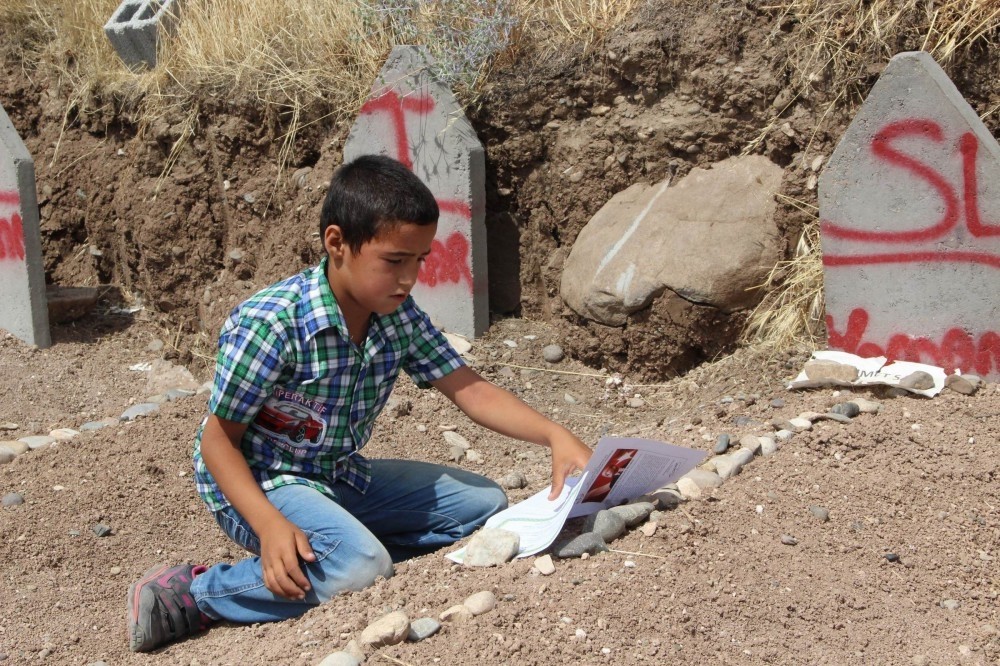 A boy leaves his report card on the grave of his father who was killed in a vicious PKK attack in May in a village in the southeastern city of Diyarbakır. PKK attacks heavily disrupted education in the region.

Constant attacks by the PKK targeting both civilians and security forces led to curfews in many towns in the southeast, disrupting education. Curfews were occasionally lifted but students suffered from disruption and schools offered additional classes for those who fell behind the curriculum schedule. Several grade school students from the region made the headlines after they recently scored the highest points on a nationwide exam for high school admissions, despite being unable to attend the school for months due to attacks and suffering from the trauma of bombs exploding near their homes and losing loved ones in attacks. Yüksekova, a district in Hakkari is among the few places where the summer break will start next week. Schools were closed for a long time due to anti-PKK military and police operations in the district. A curfew imposed on March 13 was lifted almost one month later, hitting education services in Yüksekova, which resumed on June 3. Berrin Dayan, a fourth grader, said they want peace in their district as in the past, as she sat in a classroom awaiting for the teacher to come for a crash course for students who fell behind the schedule. "Students in other cities get their report cards today but we couldn't. I hope things will be fine again and everybody will return," she told Anadolu Agency, referring to a large number of families who fled the violence in the district.
Last Update: Jun 18, 2016 12:48 pm
RELATED TOPICS