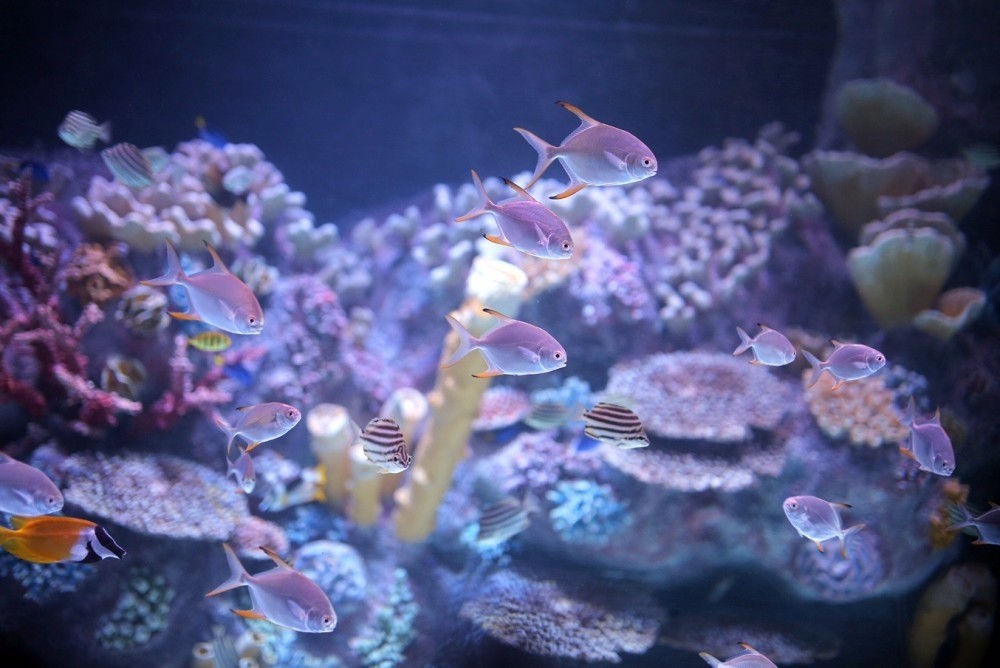 by Daily Sabah with IHA Jul 05, 2016 12:00 am
Istanbul's large new aquarium, Viasea, in the Viaport Marina Theme Park is an amusement park where families can take their children during Ramadan Bayram, also known as Eid al-Fitr, a three-day holiday marking the end of Ramadan. This year Turkey has extended the holiday from the standard three-and-a-half days to nine days, meaning more playtime for children.Viasea has around 12,000 different sea creatures living in a marine complex which contains more than 5 million liters of water. A tunnel totaling 81 meters in length is located in the aquarium's main tank; the longest and the widest aquarium tunnel in Istanbul.

Newly opened last week, the aquarium offers visitors an opportunity to observe marine life and exotic fish in their natural habitats. The aquarium complex is also home to the "Arapaima," a large species of an ancient fish, the bonytongue, which is an impressive 3 meters in length and native to the Amazon. Another interesting sea creature featured there is the "Dusky Grouper," a fish native to the Mediterranean and North African coast. Visitors can also see poisonous fish and other aquatic species that are considered endangered species.

What is unique about Viasea is that the complex is thematically designed around climates, meaning that various sea creatures are divided into categories based on the tropic, polar and temperate zones. Visitors can also participate in workshops to learn more about marine life.

Constructed to state-of-the-art technological standards, the Viaport Marina Theme Park has 35 different amusement sections and boasts Europe's fifth largest and fastest roller coaster. Amusement park culture takes on a whole new life at the park, which has a single large roller coaster and a smaller roller coaster. The theme park has also other units for adventure seekers.
RELATED TOPICS