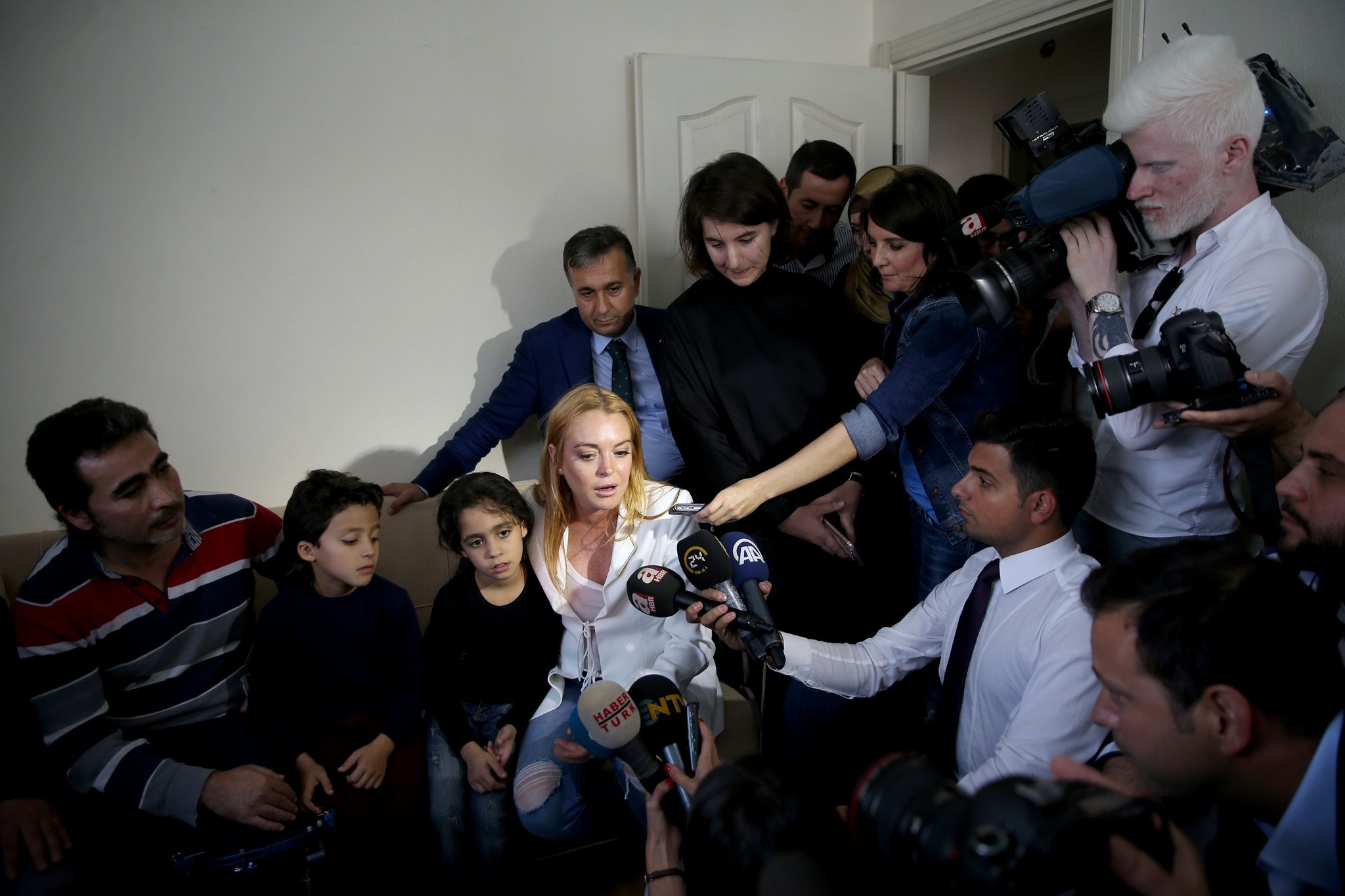 American actress Lindsay Lohan held her promise Tuesday to revisit a Syrian refugee girl in Istanbul's Sultanbeyli district one week after her first visit to the home of a refugee family from Aleppo.

Lohan told reporters that she was really touched with the Hussein family's tragic experience and felt the need to see them again after promising 9-year-old Heya that she would see her again.

"As celebrities, we need to attract attention to what is happening in Syria by using social media. We can use social media to make their voice heard," Lohan said.

The actress once again pointed out Turkey's efforts in sheltering refugees, saying that the country achieved remarkable success in humanitarian assistance and did what other countries could not have done.

Lohan said that some people fear coming to Turkey due to disinformation about the country.

"I feel very comfortable here, there is culture, love and compassion here in this country," the actress said.

Answering a question about her injured finger, Lohan said the recent accident was painful however it was not even worth mentioning when compared to the pains the Syrian people have endured so far.

Last week, Lohan lost a portion of her ring finger in a boating accident when vacationing in southern Turkey and had a surgery to reattach the part.

President Erdoğan frequently criticizes the U.N. structure, saying that it is an obstacle to resolving ongoing problems around the world and emphasizes more representation for the oppressed throughout the world.