Khaki to green: Istanbul military base to become urban park 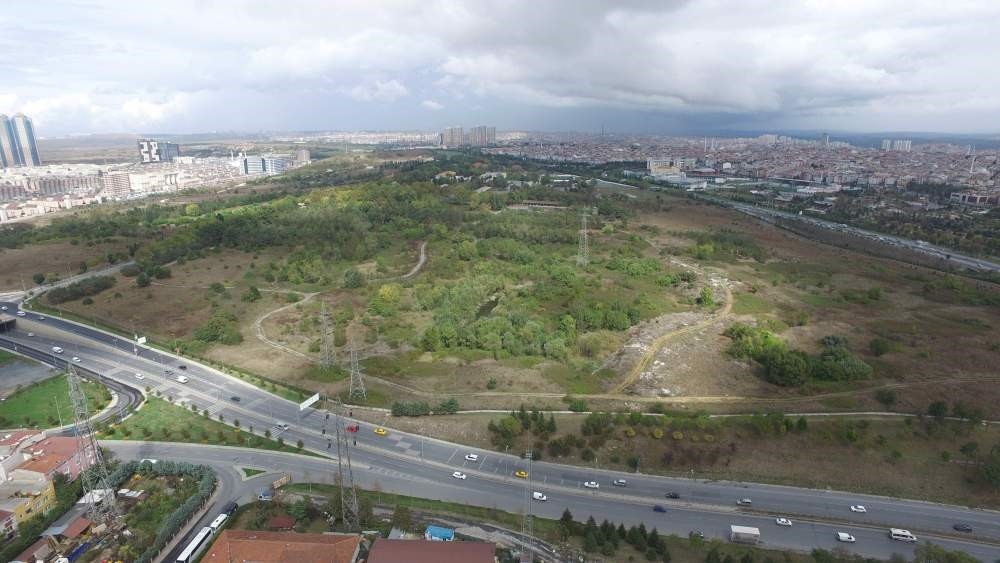 The land where the park will be built lies in the middle of a growing working-class district.
by Daily Sabah Oct 05, 2016 12:00 am

In an effort to demilitarize Istanbul's residential areas and give more green spaces for the concrete jungle's residents, authorities plan to build a large park in the place of a military base while a 2.7 million square-meter park is also considered in the same area

Istanbul's next urban park will be erected in an unlikely place: an abandoned military base. The July 15 Martyrs' Park, named after victims of the eponymous coup attempt, is a remembrance of those who resisted the putsch attempt while utilizing the abandoned facilities as well. Situated in Esenler, a working-class district on the European side, the Metris Barracks of a mechanized infantry unit will be turned into a 170-acre park in an unexpected move after military units vacated the base to relocate to the outer perimeters of the big cities. During the July 15 coup attempt, more than 240 people were killed while resisting troops of the Gülenist junta who used tanks and armored vehicles from bases located in the middle of highly populated areas of Istanbul and the capital city Ankara.

Esenler Mayor Tevfik Göksu said 10 people in the district were killed while standing unarmed in front of coup troops and more than 40 people were injured. "We already named squares, schools and other places in Esenler after the martyrs and this beautiful park will also serve to preserve their memory," he said. The park will include cycling, trekking lanes, picnic grounds, playgrounds and recreational areas.

The district, home to a population of about 460,000 people, will also host one of the area's largest parks at another site designated by the local municipality amid efforts to move the army away from urban centers where they have been sine the pre-coup period. Officials say a 2.5 million square-meter park will be built in the former military zone.

Istanbul hosts five major military bases that cover an area of 3,756 hectares, all located at the middle of densely populated areas. These military bases were vital for the coup plotters in their attempts to take over city centers but strong public resistance caught the putschists off guard. Several civilians parked their trucks at the gates of bases to prevent tanks and other military vehicles operated by pro-coup troops from leaving the bases on the night of the coup attempt. Over the past two months, all major bases in Istanbul and Ankara have been relocated to smaller cities.

The Istanbul Metropolitan Municipality (İBB) Council approved a plan in April to build approximately 50,000 residences in the Esenler district on the few remaining large slots of land near the city center, which was handed over by the Defense Ministry last year.

The former military zone in the district will be used as a reserved housing zone. The plan aims to resettle the inhabitants of Esenler, whose houses are in areas undergoing urban transformation, to the new residences.

The project foresees the demolition of 50,000 buildings in the Esenler district, which saw rapid and unplanned urbanization starting from 1960s.

As urbanization keeps its steady pace, Istanbul fights to recover its green areas. In the past decade, green spaces increased 71 percent in the city of more than 14 million, where nearly 21 million square meters of parks, groves and other green areas spread through the city's Asian and European sides.

The greater Istanbul municipality built 442 parks in 11 years in the city, ranging from spacious green venues on the Yenikapı shore on the European side to dozens of parks dotting Maltepe, Tuzla and other districts on the Asian side.
RELATED TOPICS