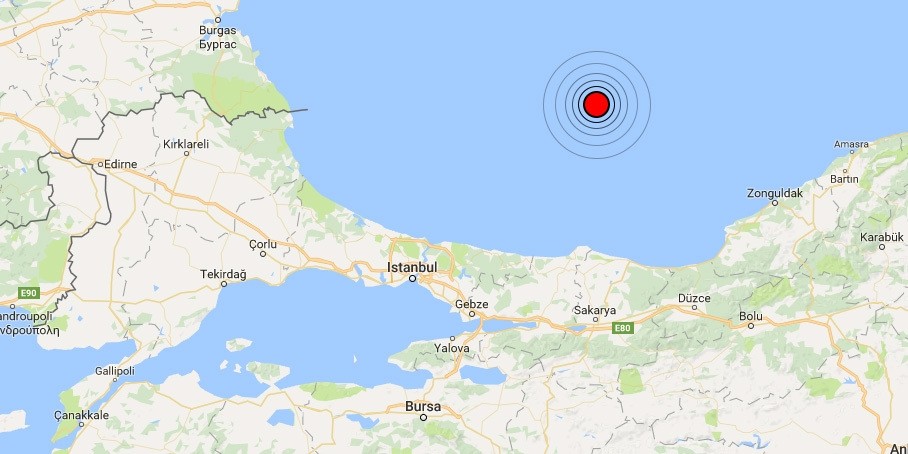 A magnitude 5.0 earthquake occurred in the Black Sea and was felt in the Istanbul province and other northwestern provinces, at 11:18 a.m. on Saturday.

The quake occurred 192 kilometers northeast of Istanbul and 11.4 kilometers below the surface level according to Boğaziçi University's Kandilli Observatory and Earthquake Research Institute, which said the earthquake's magnitude was 4.8.

Some locals were panicked due to the active seismic history of the region.

Experts said that major aftershocks are not likely to follow and the recent earthquake is not a sign of major accumulation of energy as the area where the earthquake took place is far away from the major Northern Anatolia Fault (NAF), where the Anatolian and Eurasian plates meet.

The NAF, a strike-slip fault formed as the Anatolian plate is being pushed northwestwards by the Arabian plate, has produced devastating earthquakes throughout the history, with the most recent ones being magnitude 7.6 and 7.2 earthquakes in northwestern Izmit and Düzce provinces in August and December 1999.