4 detained in Istanbul over Daesh links 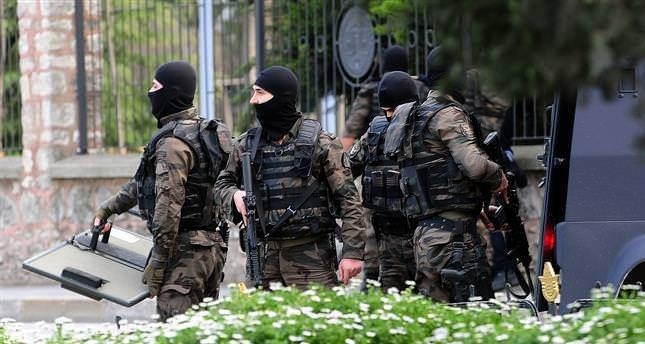 Members of Police Special Operations Unit during an operation in Istanbul
by Daily Sabah Oct 18, 2016 12:00 am

Four Daesh-linked suspects, who fought against the Turkey-backed Free Syrian Army (FSA) soldiers during Operation Euphrates Shield have been captured in Istanbul.

In a security operation carried out by the Istanbul Police Department late Tuesday, the four suspects were detained in the districts of Ümraniye, Üsküdar, Sultanbeyli and Pendik.

Meanwhile, seven other suspects who were previously detained over Daesh links have been arrested.

19 people were detained last week during an operation into a Daesh cell in Istanbul's Sultanbeyli district. The suspects were accused of smuggling weaponry to Daesh terrorists fighting in Syria.

The Turkish military launched a cross-border operation on August 24 along with the U.S.-led coalition in Syria's northern border city of Jarablus to clear the area from the Daesh terrorist group.

So far, the Turkish-backed FSA have cleared over a 1000 square kilometer-area on the Turkish border.