Stolen sculpture of famous Istanbul cat back in its rightful place 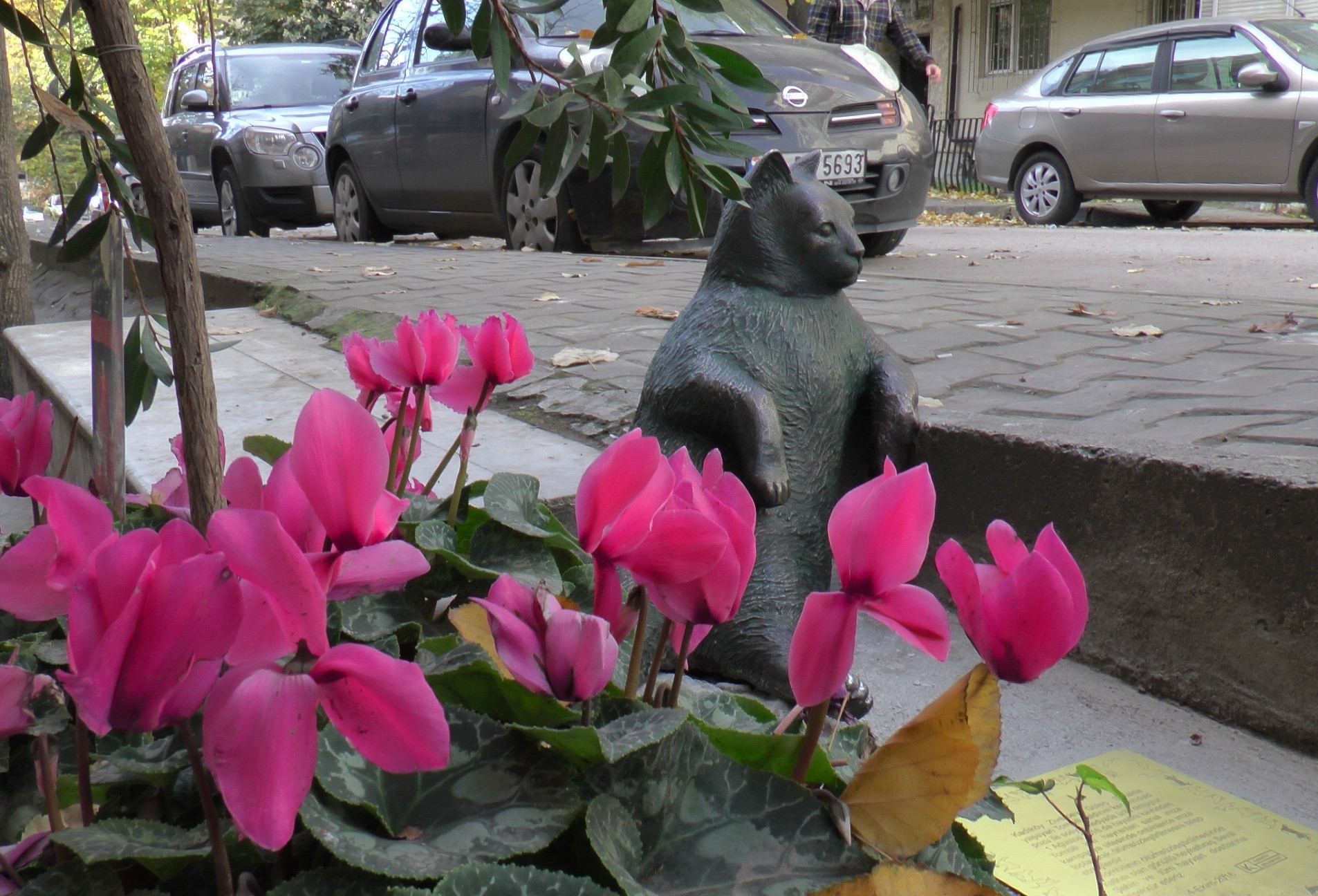 The sculpture of Tombili, Istanbul's social media phenomenon cat, which had been stolen this past week has been re-erected in its rightful place in Istanbul's Kadıköy district on Saturday.

On Thursday, only four days after it was stolen from the sidewalk Tombili (meaning "chubby one" in Turkish), the sculpture was found by locals a few hundred meters away on the same street it was located, presumably dumped by thieves.

The Kadıköy Municipality repaired the sculpture. The locals expressed their happiness and relief as the sculpture was back home safe and sound. "We were all sad about the news, we don't think Tombili would have come back if it wasn't for the media's attention," said one of the locals who owns a shop in the neighborhood.

Tombili was a social media phenomenon after he was photographed striking a carefree pose while leaning on the sidewalk, resembling his fictional relative Garfield known for his lazy ways. Pictures of Tombili with its back leaning against the curb and its left leg resting on the sidewalk almost like a man satisfied after a hearty meal had gone viral over the Internet.

After his death on Aug. 1, following the years he spent on the same street, Tombili's fans petitioned for erecting a statue of the cat. The sculpture, made by Seval Şahin who volunteered for the work, was erected on the spot where Tombili's infamous photograph was taken on Oct. 4.

The theft of the sculpture has raised outrage among its fans on social media who condemned the thieves for the "heartless" act of stealing a national icon while Kadıköy municipality vowed to erect a new sculpture for the beloved cat.