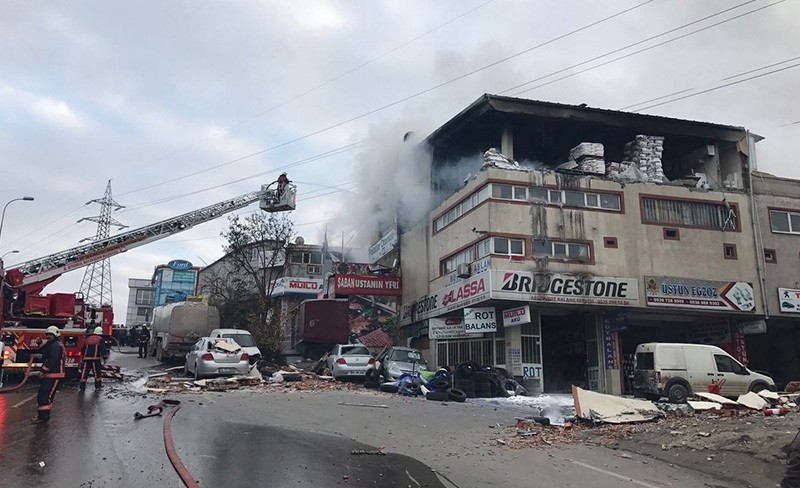 At least 10 people were injured in a blast that took place inside an industrial zone in Istanbul's Sultanbeyli district on the Asian side on Monday, causing panic among locals.

The boiler of a medium-sized cosmetics and perfumery factory exploded around 4:00 p.m., injuring the workers.

Following the explosion, a fire broke out at the factory, the official Anadolu Agency said.

Ambulances and firefighters were immediately dispatched to the scene. Five people were transferred to hospital.

The explosion shattered the windows of nearby buildings and damaged four cars parked in front of the building.

In a separate incident in Maltepe, three people, including the company's manager, were injured when the unknown item in the package exploded.

The explosion is blamed on a package delivered to the headquarters of a company. Initial findings showed it was not terror-related.