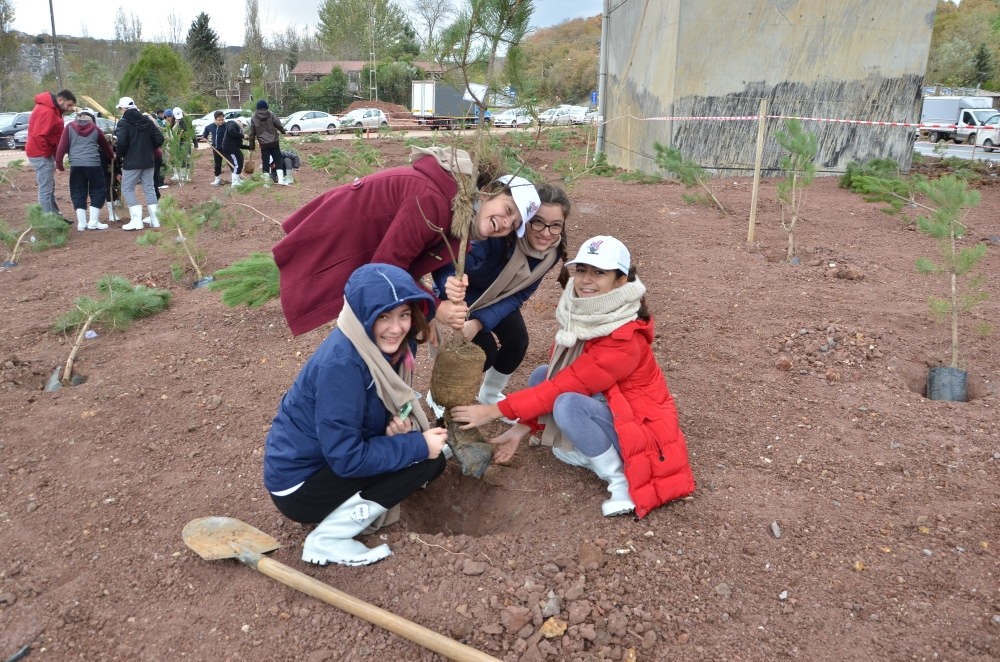 by Anadolu Agency Nov 18, 2016 12:00 am
The afforestation work that has been carried out by Turkey's Ministry of Forest and Water Affairs for the last 13 years are being promoted on YouTube with animations. Special attention has been given to the city's newly constructed Yavuz Sultan Bridge and the establishment of tree covers in its surrounding areas.

The animation film stresses that the ministry does not only afforest lands but also makes the areas populated by residents green, continued by showing that, "So far, we created 17,000 roadside forests, 41,000 school gardens, 19 gardens for graveyards and houses of prayer, gardens for 1,500 hospitals and community clinics and 141 city forests as a part of the City Forest Project that we initiated in 2003."

The second video "The 3rd Bosporus Bridge Meets with 204,000 Saplings Every Day," portraying the afforestation around the Yavuz Sultan Selim Bridge, informs the public that over 1 million saplings have already been planted around the bridge. The video also said a total of 2,204,000 saplings will be planted by the end of 2017. Moreover, trees that are available for transportation were moved to suitable places while the bridge was being constructed.
RELATED TOPICS