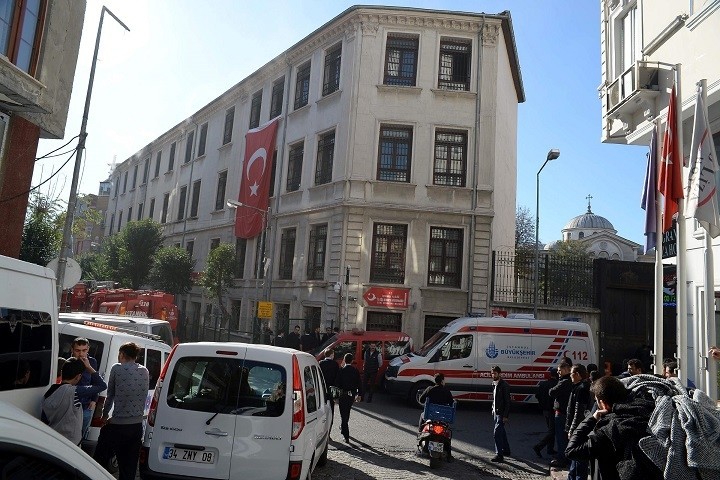 123 foreigners being held by a repatriation service for deportation in Istanbul's Fatih district have escaped a fire they started, the interior ministry said on Saturday.

20 of them have been caught, but 103 are still on the run, the ministry said in a later statement.

Three foreigners who were affected by the smoke were aken to hospital as precaution. They are currently in good condition.

The incident took place at the Kumkapı Repatriation Center around 11:00 a.m. when foreigners set the furniture in the building on fire after a brawl and and fled the center by taking advantage of the fire.

They were reportedly protesting the living conditions and clashed with police before setting the furniture on fire.

Police and firefighters were dispatched to the scene.

Turkey is home to a large number of foreigners seeking refuge countries such Iran, Iraq, Afghanistan, Pakistan and Syria.

Turkey is hosting the largest number of Syrian refugees in the world, around three million and has so far spent more than $12 billion on the refugees. Help from the international community has amounted to around $512 million so far.

According to UNICEF Turkey also hosts the largest number of child refugees in the world.