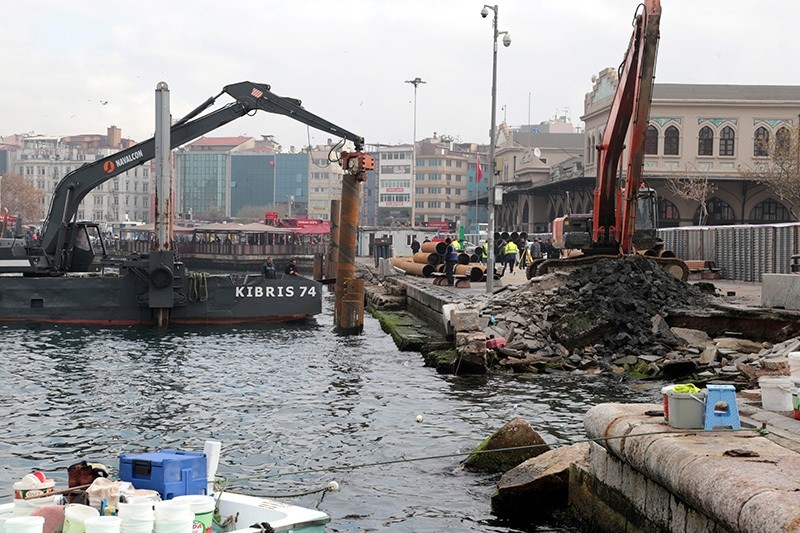 Municipality construction crews found Monday unexploded artillery shells on seabed in Istanbul's central Kadıköy district on the Asian side, which serves as one of the major transportation hubs of the city.

The crews from Istanbul Metropolitan Municipality came across the shells as work was underway to strengthen a caved-in area of the Kadıköy waterfront next to the Beşiktaş ferry port.

As the crews were trying to remove the loam under the seabed, units initially found six shells, and the work was immediately halted.

Police units cordoned off the area and a bomb squad was brought in the area to examine the shells along with a crime scene investigation unit. 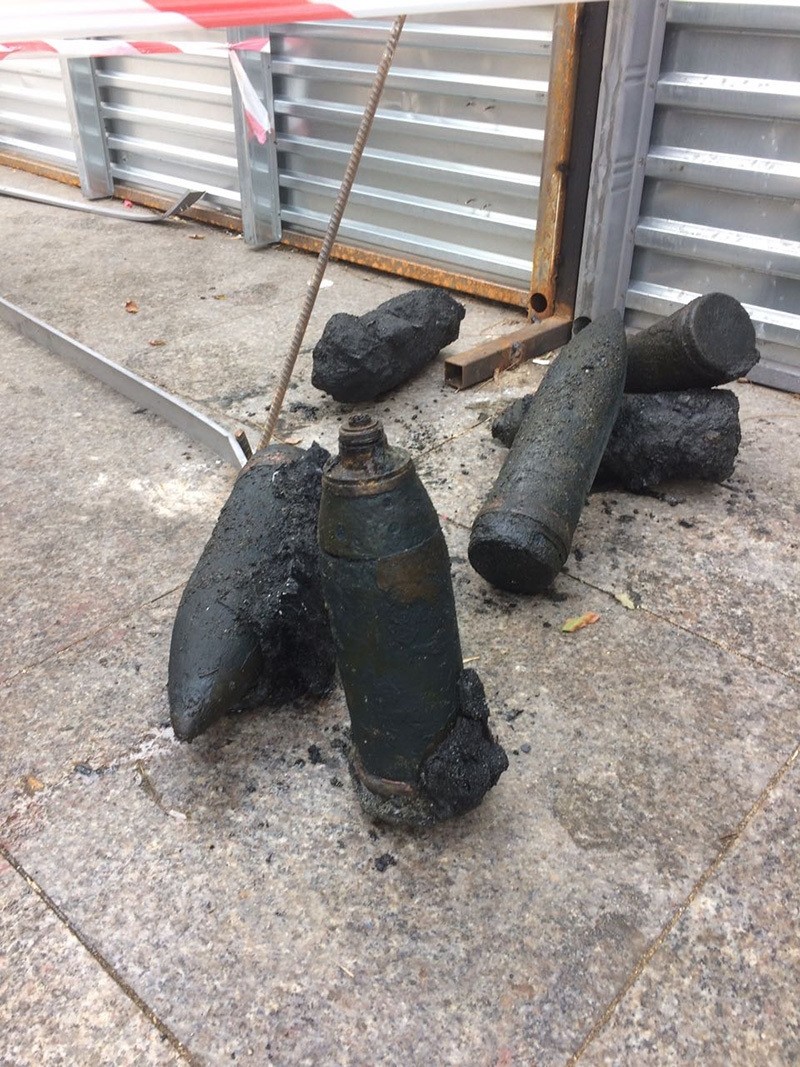 Upon further examination, three more shells were found, and excavators brought a total of nine unexploded shells to land.

Police units brought the shells to the local police department for further examination. An official statement has yet to be made regarding the origin of the shells.

The shells are probably inactive because of the excessive time they were submerged underwater. However, because the caliber of the shells are suitable for large guns such as the ones used in battleships, a possible explosion would have caused extensive damage in the area. Ferries to the Beşiktaş district use the port right next to area where the shells were found.

With dozens of ferries setting sail for locations on the European side each day, the Kadıköy waterfront, which also serves as a terminal for buses, minibuses and a subway line at the Asian side, is one of the busiest transportation hubs in Istanbul.