Fire rages on in central Istanbul workshop, nearby schools evacuated 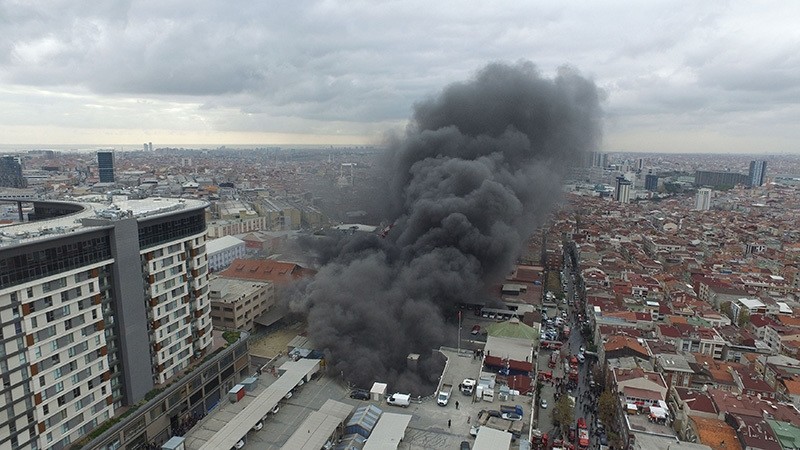 A fire has broken in a plastics workshop in central Istanbul, and has not been brought under control despite the extensive efforts of firefighter crews to extinguish it, and heavy smoke has forced authorities to evacuate nearby schools, while it affected 12 people.

The fire broke out at approximately 11:00 a.m. on Turkey in a workshop producing rubber soles in a small industrial zone in Bayrampaşa district on the European side. The black smoke, some of which is from plastics burning in the fire, is visible across most parts of the city.

As a precaution, a primary school and a middle school near the site have been evacuated.

According to Istanbul Governor Vasip Şahin, 12 people have been affected by the fire, one of whom is in critical condition.

Şahin said that 71 fire vehicles and 148 firefighters are working to extinguish the fire, and helicopters will be used if necessary.

He also noted that schools will resume on Wednesday

The fire still cannot be brought under control, and small explosions are reported to have been heard, emanating from the burning building.

Locals in the nearby Kocatepe neighborhood are forced to remain indoors due to the poisonous smoke and heavy smell, while shop owners have had to close their businesses.