Women march against violence in Istanbul 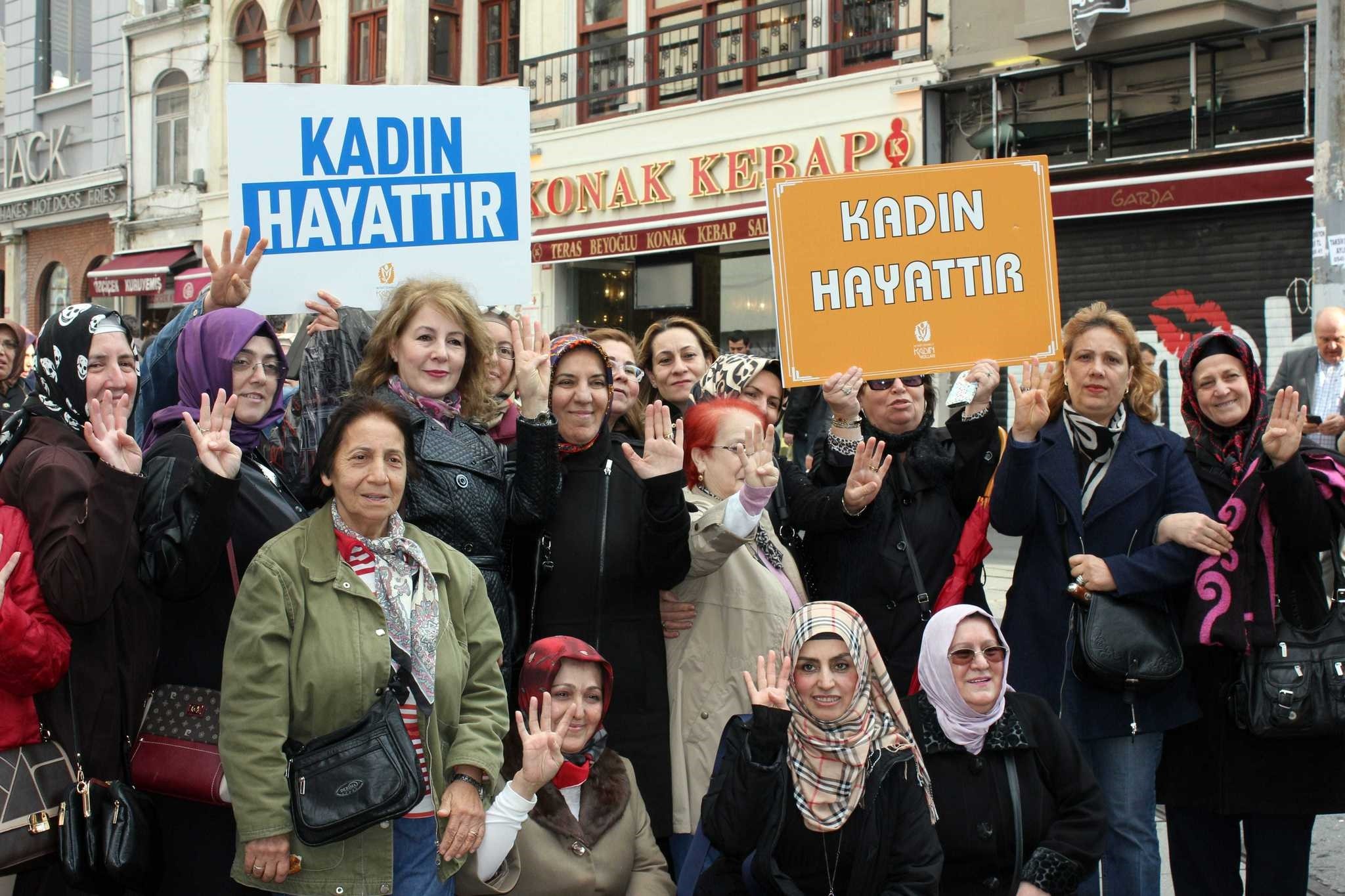 by daily sabah Nov 26, 2016 12:00 am
On the International Day for the Elimination of Violence against Women, Turkish women voiced their solidarity to the cause by staging rallies to protest violence on Friday.

At Istanbul's İstiklal Avenue hundreds of men and women gathered in a rally carrying banners reading "Women are Life" in Turkish, English, Arabic and Kurdish and chanted slogans denouncing acts of violence, plaguing women all across the world.

Speaking at the rally, Lütfiye Selva Çam, head of the ruling Justice and Development Party's (AK Party) women's wing, said violence against women was not an issue that women should tackle alone, men should support their cause as well.

"It is a common problem and beyond politics. Women and violence should never be used in the same sentence. It is a matter that men can solve. We can end violence together and build a world based on love and friendship together," she said.

Şeyma Döğücü, Istanbul director for the AK Party's women's wing, said everyone from the state to families, to media, has some responsibility to end the violence targeting women. "It is possible to create a society where violence is never tolerated," she said.

Domestic violence and the murder of women by their husbands, partners and relatives have long been a thorn in Turkey's side, where broader media coverage over the recent years has made this scar on the society even more visible.

Factors ranging from a warped mindset, motivating men to murder women, who cheat on them, in so-called honor killings, in addition to lighter sentences are blamed. Hundreds of women were killed by their spouses and relatives between 2015 and 2016 according to nonprofit organizations, although concrete official figures are not available.

Though police protection and shelters are available for women, threatened by their spouses, authorities say it is difficult to prevent murders or acts of violence just through legal measures. The government is now preparing an action plan to fight violence against women. The action plan is expected to improve legal and preventative measures by the judiciary and law enforcement, and further raise awareness on the issue.

Turkey is one of the signatory countries of the Istanbul Convention, the first comprehensive and legally binding international document on domestic violence. The convention that came into force in 2014 requires implementation of several steps to combat violence. As part of the obligations, the convention demands countries to penalize psychological violence towards women and female genital mutilation, or for acting as an accomplice for the perpetrators of violence. The convention also orders countries to begin campaigns to raise awareness for gender equality, such as by educating students on the issue. Signatory countries are also required to implement effective laws against domestic violence and protect victims as well as offering them therapy.

Turkey has established the Violence Prevention and Monitoring Centers (ŞÖNİM) in 49 provinces to provide consultancy, guidance and counseling services, while offering strengthening and supportive services as well as monitoring services on a 24/7 basis.

Speaking on Thursday on the occasion of a project for combating domestic violence, Family and Social Policies Minister Fatma Betül Sayan-Kaya said they had trained thousands of police officers, health workers, clerics and military officers on how to address the domestic violence issues and raise awareness among the public.
RELATED TOPICS