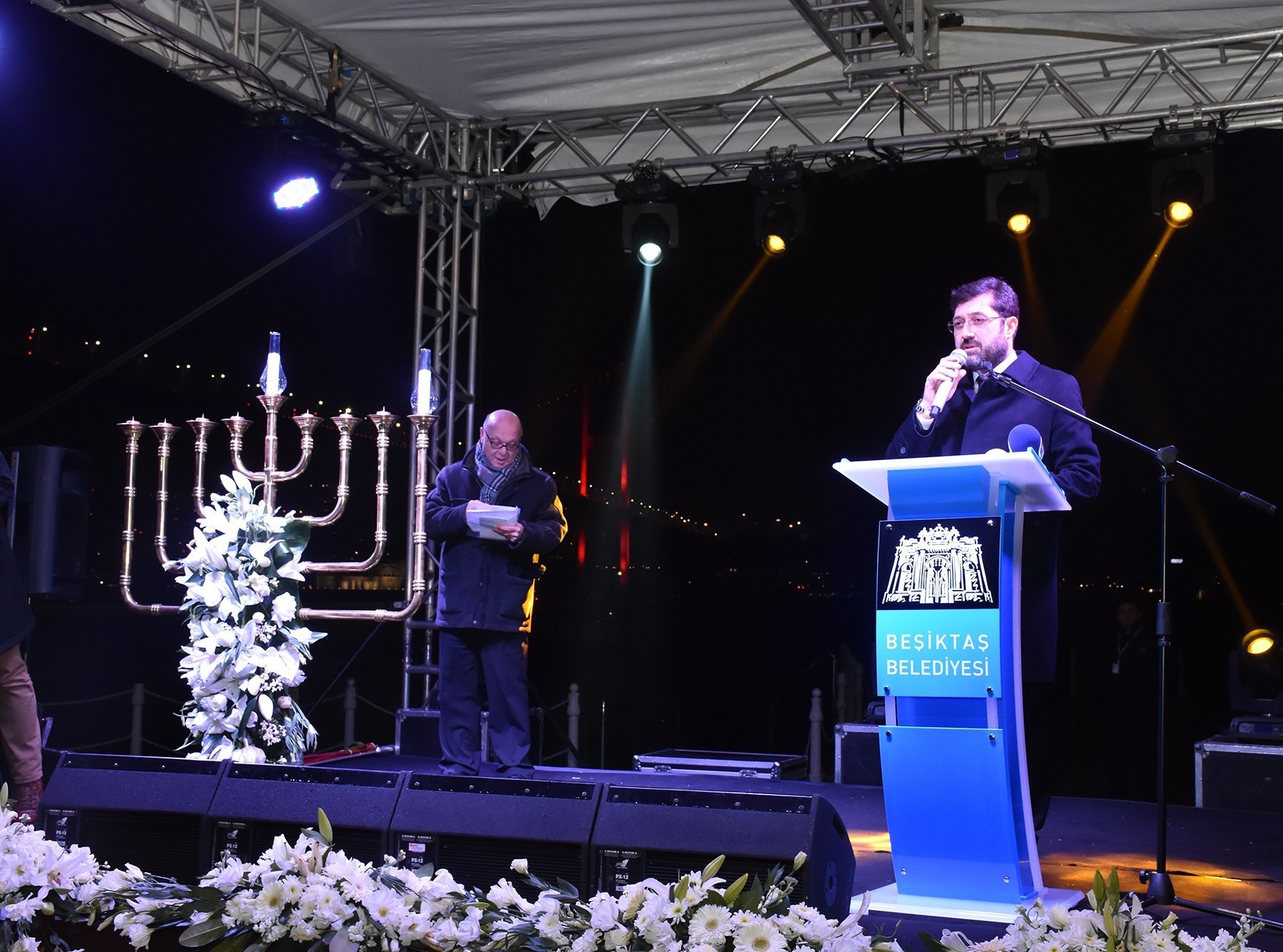 Istanbul's Jewish community celebrated the first night of the eight-day Jewish celebration known as "Hanukkah" or the Jewish Festival of Lights at the city's Esma Sultan Mansion.

The ceremony took place on Saturday evening as guests lit hundreds of candles to mark the day for peace, brotherhood and respect among religions.

Speaking at the event, Deputy PM Kaynak said that Turkey does not consider Jewish community as just a minority, saying that the Jewish citizens are a part of the country as much as any other citizen.