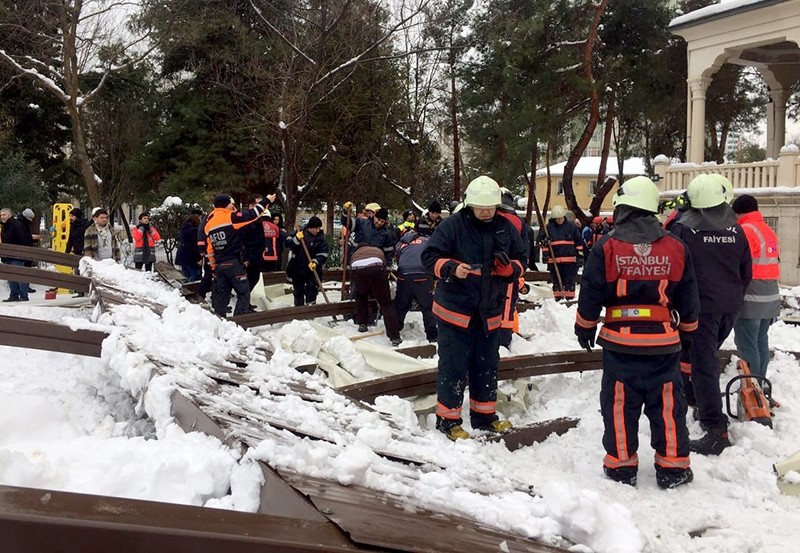 Two people have been killed and at least 10 people have been injured after a canopy laden with snow collapsed during funeral prayers at a mosque in Istanbul's Ataköy district on Tuesday, as the city is trying to cope with heavy snowfall and extreme weather conditions.

According to reports, the incident took place when a group of people were praying during a funeral ceremony at Ataköy's fifth section.

Bakırköy Mayor Bülent Kerimoğlu confirmed to reporters that one person had been killed and 10 others were injured in the incident, NTV reported.

Ambulances and firefighters have immediately been dispatched to the scene of the incident, reports said.