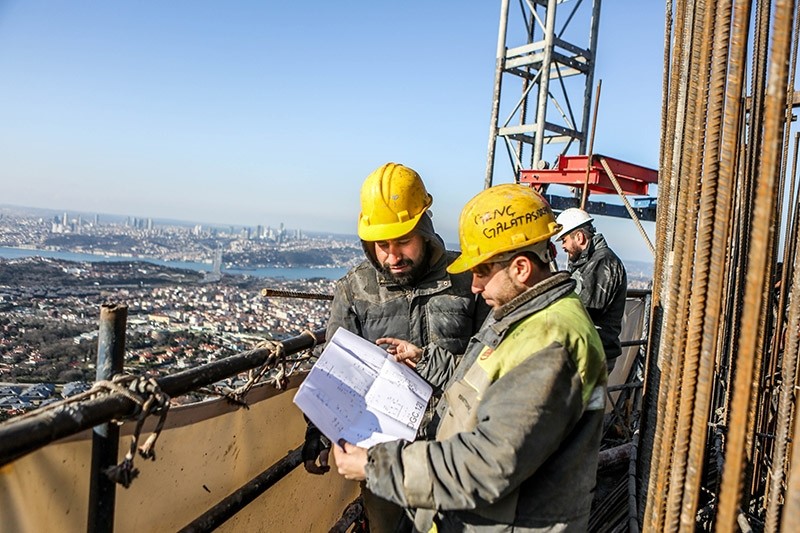 Prime Minister Binali Yıldırım said Saturday that a new TV tower offering panoramic views of Istanbul would be completed within a month and open to visitors in June.

Speaking at the site of the new Küçük Çamlıca Radio-TV Tower, Yıldırım stated that the facility is due to open to public by Eid al-Fitr, the Muslim holiday at the end of the holy Ramadan month, this June.

Yıldırım said the tower, on Istanbul's Asian side overlooking the Bosphorus, would feature panoramic terraces, adding: "Istanbulites and visitors from outside Istanbul will be able to see all parts of Istanbul from these viewing terraces."

"The tower will attract around 4.5 million people a year," he added.

Çamlıca is known for being the site of Istanbul's antennas and transmitters, but the new tower is consolidating some 125 transmitters.

The construction on the tower, which will be higher than France's Eiffel, started in March 2016. The floors under the roof where the antennae will be installed will feature a terrace, restaurants and convention venues. The tower's basement floors will house libraries and exhibition halls.