Smoking fines in Istanbul amount to TL 15M in one year 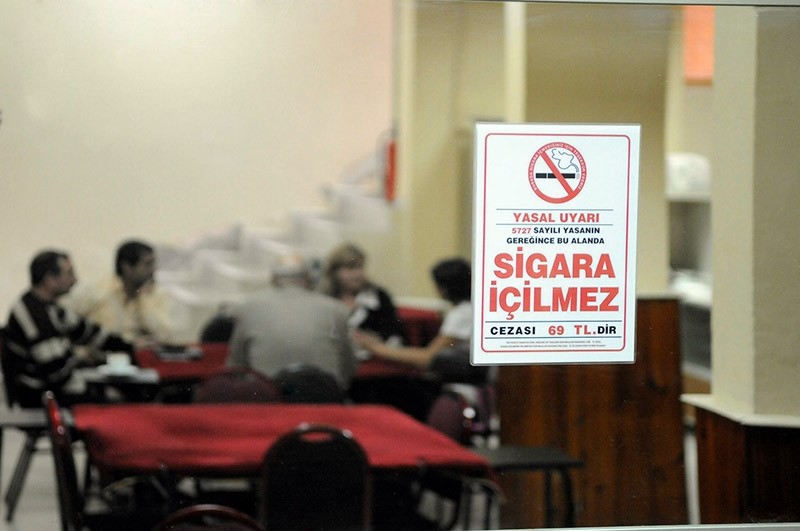 Istanbul Provincial Public Health Director Erdoğan Kocayiğit pointed out that the use of tobacco products in closed areas tends to increase in the winter months.

Kocayiğit stated that they were evaluating all of the notices coming from the Ministry of Health Communication Center (SABİM) with 79 supervisors in Istanbul, and warned business owners of the penalty of abusing the smoking ban, especially those who operate cafes and restaurants.

Kocayiğit stated that the Law on the Prevention and Control of Tobacco Products' Losses was already well known by many café and restaurant owners.

"Businessmen have learned the law well enough, but from time to time, business owners will ask, 'How can we make our locality appropriate according to the law?' We do not just punish…Our goal is not to punish people, but to create places where they can get information and services", said Kocayiğit.

Kocayiğit, frequently highlighted the application of folding-down awnings, stating, "If you are under a canopy, this is a closed space. The parameters for indoor vs. outdoor space are clearly indicated in the law. If people are using tobacco in an inappropriate space, we have to punish them."

Kocayiğit also remarked that the Ministry of Health offers a free service to those who want to quit smoking, adding that last year 43,606 people applied to a polyclinic to drop the habit and that 12,938 of them had successfully quit smoking.