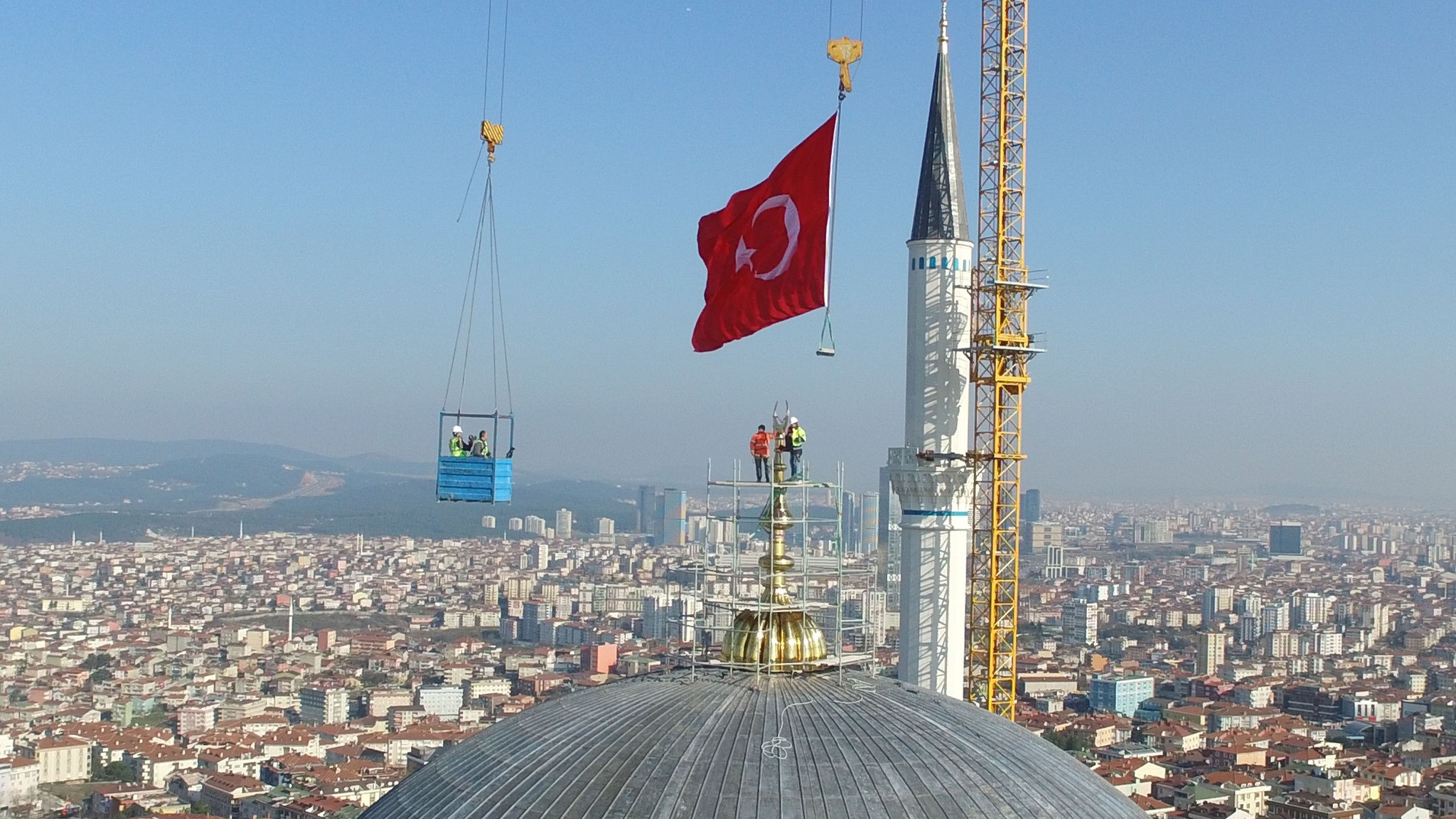 The world's biggest finial which is 7.77 meters long and has a weight of 4.5 tons was placed on Saturday on top of the dome at Istanbul's towering Çamlıca mosque.

The nanotechnology engineered stainless steel finial was made by a Turkish firm and was turned into gold color after a special process.

With the construction of the dome finished, officials said 78 percent of the project to build Turkey's biggest mosque, was designed to accommodate up to 60,000 worshippers, has now been completed.

Ergin Külünk, an official working on the project, said a total of 700 people have been working in the construction site and the project is expected to be finished in 2017.

Under construction since 2013, the project -- which also includes a library, a museum of Turkish Islamic art, design workshops and conference rooms, was designed by two female architects, Bahar Mızrak and Hayriye Gül Totu, with a budget of roughly TL 150 million ($41.3 million).

The mosque's minarets reach 107.1 meters (350 feet) into the sky, higher than those of the mosque in Medina.

It held its inaugural prayers last year in July to mark Laylat al-Qadr, one of the holiest nights in the month of Ramadan, when sins are forgiven.