Istanbul selected as 'Humanity Capital' of the world 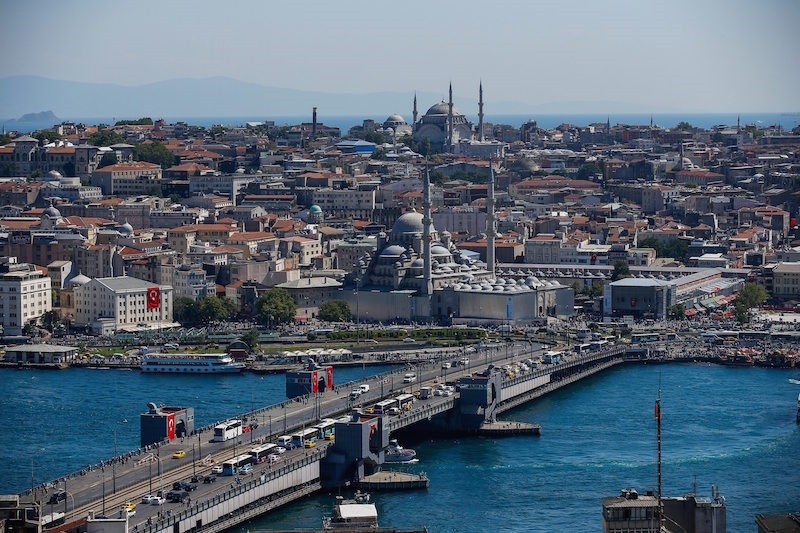 Istanbul has been chosen as the "Humanity Capital" of the world by the International Humanitarian Forum through an initiative implemented by activists from different countries, religions and cultures.

Istanbul is the first city to be awarded this title because of Turkey's commitment to altruism and it's vast amount of humanitarian projects. As a result of being named Humanitarian Capital, various programs will take place throughout the year with the support of TIKA, the Turkish Red Crescent, AFAD, and the Istanbul Metropolitan Municipality.

AK Party Deputy Chairman and Member of the Istanbul Humanity Capital Preparatory Committee, Yasin Aktay, said that he was happy that Istanbul had been awarded first prize.

"Turkey is not the richest country in the world. However, according to the assessment, it is the leading country for humanitarian aid in the world," Aktay said, "There are refugees from many countries living in Turkey. We welcome them in the best possible way."

Aktay stressed that Turkey did not have any ulterior motive in welcoming refugees, but that it did so for a purely human purpose.

When it comes to refugee issues, not only the state contributes, Aktay said. "Civil society is also of serious help in this regard. The humanitarian aid that Turkey has done with civil society organizations in the last six years has reached $25 billion."

"While these initiatives are taking place in Turkey, people in our society are never uncomfortable. We see some countries in the West. The refugees disturb them. However, our citizens let go of the slightest discomfort and state beside the state, contributing to the [humanitarian] aid," he added.

Turkey hosts some three million Syrian refugees, who have been fleeing their war-torn country since 2011.