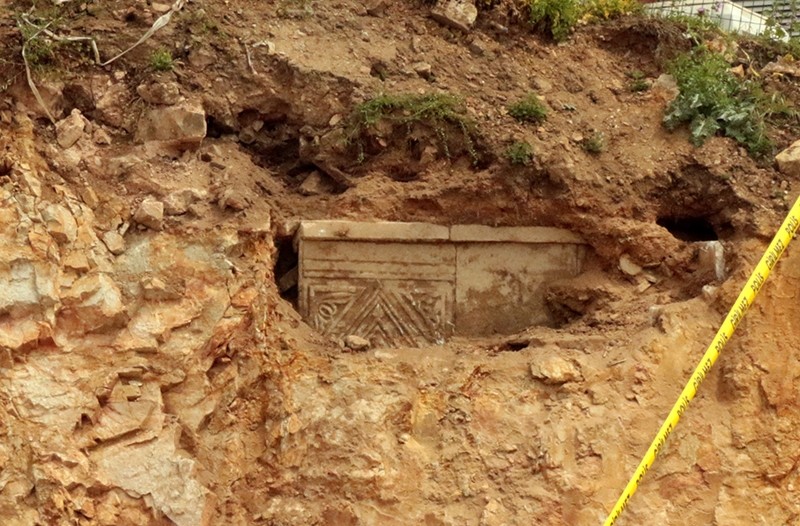 According to reports, an excavator's scoop got stuck on an object as it was doing road work on Tersaneler Avenue in Tuzla. Construction workers discovered that the object was an ancient sarcophagus and immediately informed the police.

The police then cordoned off the area as part of security measures to ensure safety of the sarcophagus and informed officials from the Directorate of Istanbul Archaeology Museums.

Archeologists reportedly took samples from the sarcophagus for further research, but did not make a statement regarding its details.

The discovery of ancient sarcophagi and other artifacts frequently happens in Turkey, which has historically been a home to many civilizations.

Also around the same period, a police team investigating a case of a stolen vehicle discovered an ancient Roman sarcophagus in Hisardere near Iznik, Bursa province, north-west Turkey. Upon excavation of the object it was possible to date the find to the 2nd century AD.