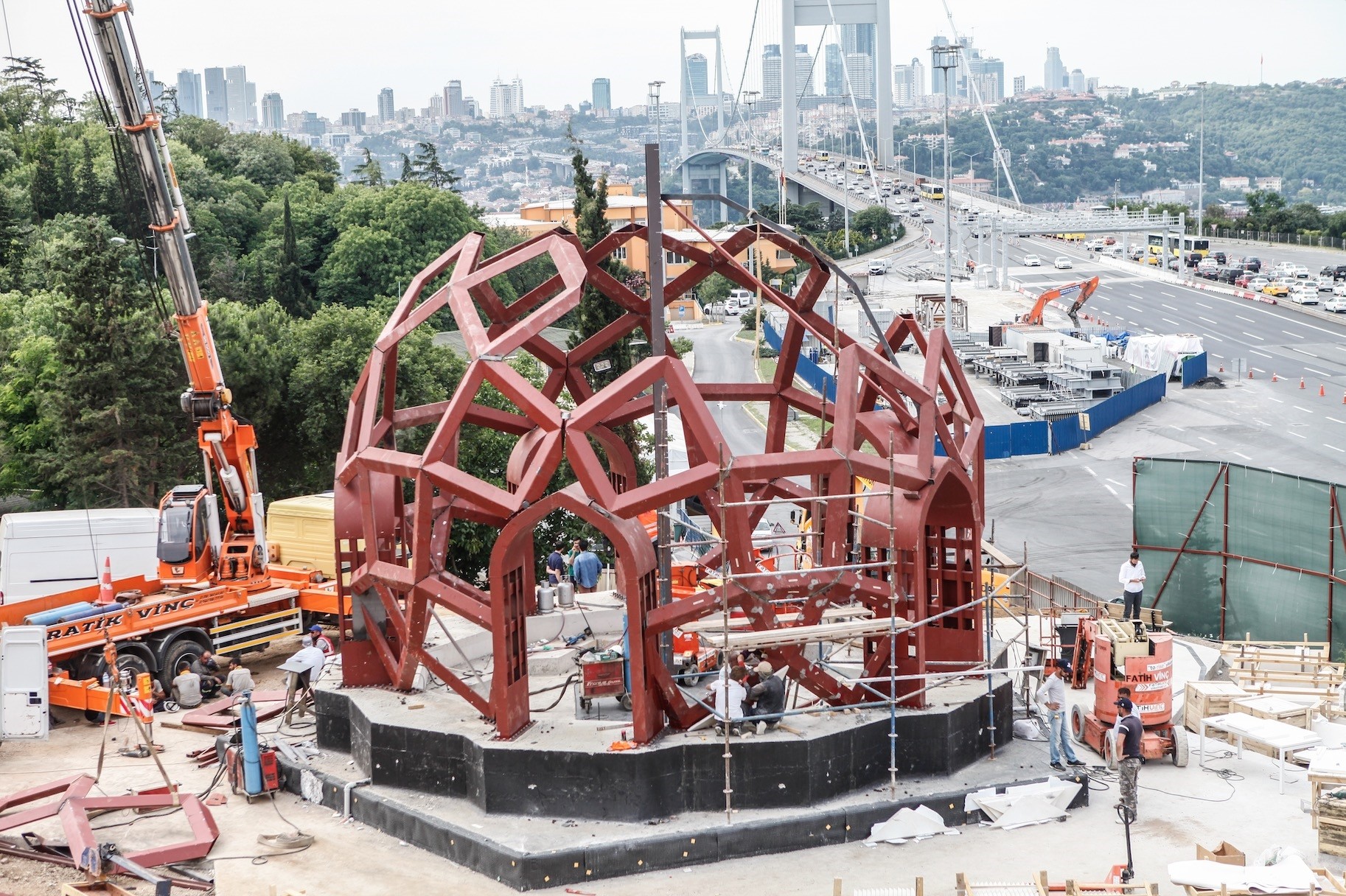 Workers put the final touches on the monument set to open on the first anniversary of the coup attempt.
by Hasan Ay Jun 19, 2017 12:00 am

On the first anniversary of the fatal July 15 coup bid that killed 249 people, two monuments dedicated to the victims will be unveiled. Hilmi Şenalp, the architect of the monument located at the entrance of the July 15 Martyrs Bridge in Istanbul, spoke to Sabah newspaper about the symbolism behind the dome-like monument surrounded by seating rows. "The dome represents a life of eternity for martyrs. It is composed of geometric arms which are a tribute to unity and togetherness of the nation against the coup. It was this unity that stopped the coup attempt," Şenalp said.

Soldiers linked to Gülenist Terror Group (FETÖ) had tried to seize power but an unprecedented public resistance, triggered by calls by President Recep Tayyip Erdoğan to the public to take to the streets for democracy, foiled the coup.

In Istanbul, the first sign of a coup unfolding was the images of soldiers taking over the Bosporus Bridge, which aptly had its name changed to the July 15 Martyrs Bridge. A large crowd had poured onto the bridge despite a barrage of gunfire to anyone approaching by pro-coup soldiers.

Erol Olçok, a close friend of President Erdoğan, and his 16-year-old son Abdullah were among those killed on the bridge while confronting the putschists.

The monument, on the Asian side entry of the bridge, is nine-and-half meters tall with an 11 meter diameter and will be covered with limestone. Five arches will be built on the five corners of the pentagon dome. Inside the three arches, the names of the 249 people that died in the coup attempt will be etched.

Şenalp said a muqarnas, an ornamented vaulting peculiar to Turkish, Islamic architecture, will be central to the dome and they would place seating rows for visitors around the monument "so that they can read the names of martyrs and hear salah which will be recited around the clock."

Salah, originally used by Muslims as a call to funeral prayers, echoed throughout the country when the religious authority urged its staff to recite it to signal an extraordinary situation and it was accompanied with a message about the coup that urged the public to take to the streets on July 15.