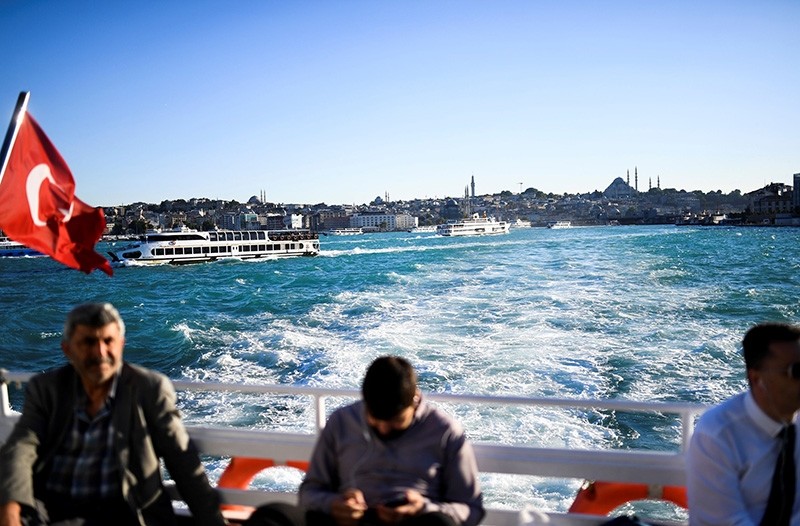 Although it might sound like solace for those who are stuck in Istanbul for work or other reasons, with millions leaving the city for the Ramadan (Eid al-Fitr) holiday, now is the perfect time to enjoy a peaceful break in Turkey's largest city without the crowds.

Istanbul residents often choose Aegean or Mediterranean destinations such as Bodrum or Antalya for the Ramadan holiday, or travel to be with their families in other parts of the country.

The number of holiday makers leaving Istanbul meant that traffic levels were at 1 percent of their usual volume on Saturday morning, although at eastern and western exits of the city the traffic was almost grinded to a halt.

The quiet streets are a reminder of how Istanbul looked fifty years ago, when the population was under 2 million - compared with more than 14 million today.

Despite the municipality's many public transport options, including the metrobus system, ferries, buses and metro lines, Istanbul residents still struggle with heavy traffic.

In 2015 TomTom's annual Traffic Index reported, "The average 30 minute drive in the city will take over an hour during evening rush hour, leading to an extra 125 hours wasted stuck in traffic every year."

But with traffic down to 1 percent from June 24-27, there is nothing to stop visitors from hiring a car and gliding along the perfectly empty roads.

Although these days are a public holiday for workers, major museums such as Topkapı Palace are open to visitors throughout the holiday.