Blue Mosque to undergo biggest restoration in its history 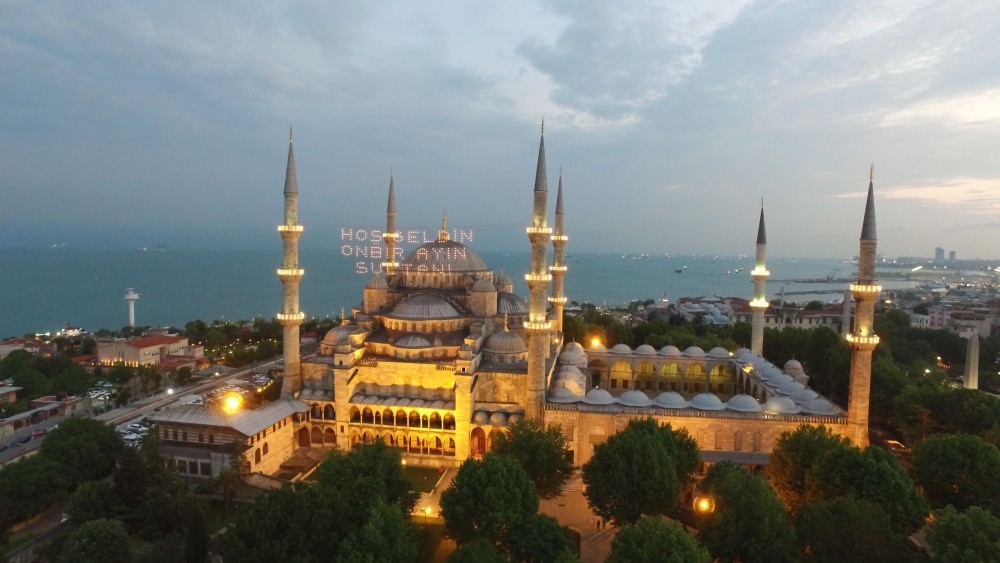 Sultanahmet or the Blue Mosque, arguably Istanbul's most famous landmark, is set to undergo what officials describe as the biggest restoration work in its 400-year history. Government officials unveiled restoration plans yesterday in the company of restoration firms contracted for the work that will take about four years.

Restorative work is expected to commence on the Ottoman-era mosque next week. Officials say that the mosque, located in Istanbul's most eponymous district which is home to numerous iconic landmarks, will not be closed to worshipers or visitors during the restoration.

Head of the state-run General Directorate of Foundations overseeing the project Adnan Ertem says the project will not affect the city's tourism negatively, asserting that the city depends on revenue brought in by tourists who visit the district dotted with Ottoman-era landmarks, including Topkapı Palace. He told reporters, "It will be a step-by-step restoration process and will allow visitors to see how the work is being done."

As part of the project, the lead coating of the mosque's dome will be renovated and the walls will be cleaned. Stone and marble coverings on the interior and exterior of the structure will be strengthened. On the other hand, delicate china ornaments will also be preserved, while wooden surfaces inside the mosque will be stripped down to their original wood form. The plan also includes renovation of the mosque's courtyard and minarets.

Widely known as the Blue Mosque for the intricate blue ceramic tiles that grace its interior walls, the mosque was commissioned by Sultan Ahmet I and opened for worship in 1616. One of the most beautiful examples of Ottoman architecture, it is the only six-minaret mosque to have ever been built by the Ottomans. Its architect, Sedefkar Mehmet Agha, built it directly across from the Hagia Sophia, which is recognized as the best example of Byzantine architecture in the world. The interior ceramic tiles were produced by artisans in the town of İznik and are still celebrated for their intricacy and detailed work. More than 20,000 tiles decorate the interior of the mosque, which was last restored more than three decades ago.