Istanbul’s public transport to get rid of manspreading 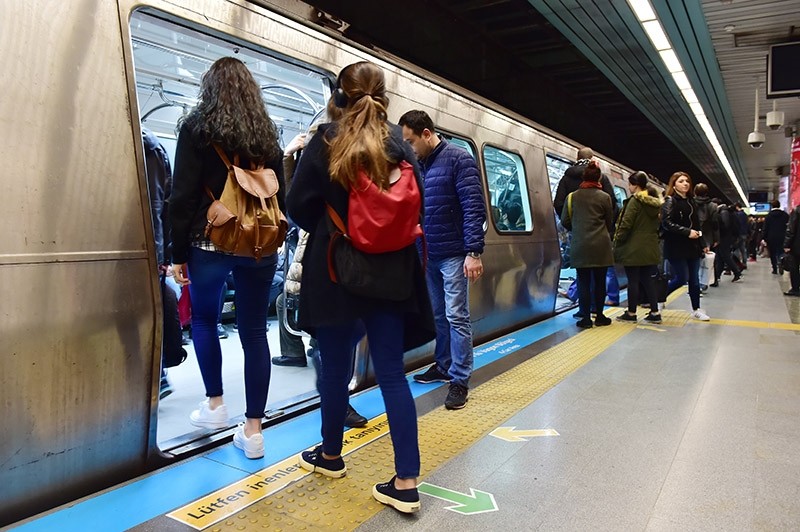 Metro Istanbul, which is the official Twitter account of Istanbul's railway network, shared a post on Tuesday in a bid to raise awareness among passengers and to discourage the invasion of personal space.

"Manspreading comes to an end. Let's obey the globally accepted rule and warn those who do not," the tweet read, getting over a thousand likes.

One follower suggested that the warnings should also be placed inside the public transit vehicles, upon which the Metro Istanbul took quick action, announcing that anti-manspreading signs would be installed soon.

The first anti-manspreading movement started in 2014 with a pioneering ban on New York public transport, paving the way for other cities.

The latest city to join NYC was Madrid, which officially banned manspreading in June this year, after a group called Mujeres en Lucha, meaning "Women in Struggle," started an online petition, which soon went viral and was approved by the regional president and Madrid's mayor.

The Oxford English Dictionary defines manspreading as, "The practice whereby a man, especially one travelling on public transport, adopts a sitting position with his legs wide apart, in such a way as to encroach on an adjacent seat or seats." The phrase entered the dictionary alongside similar recent additions including "mansplainer" and "man flu."