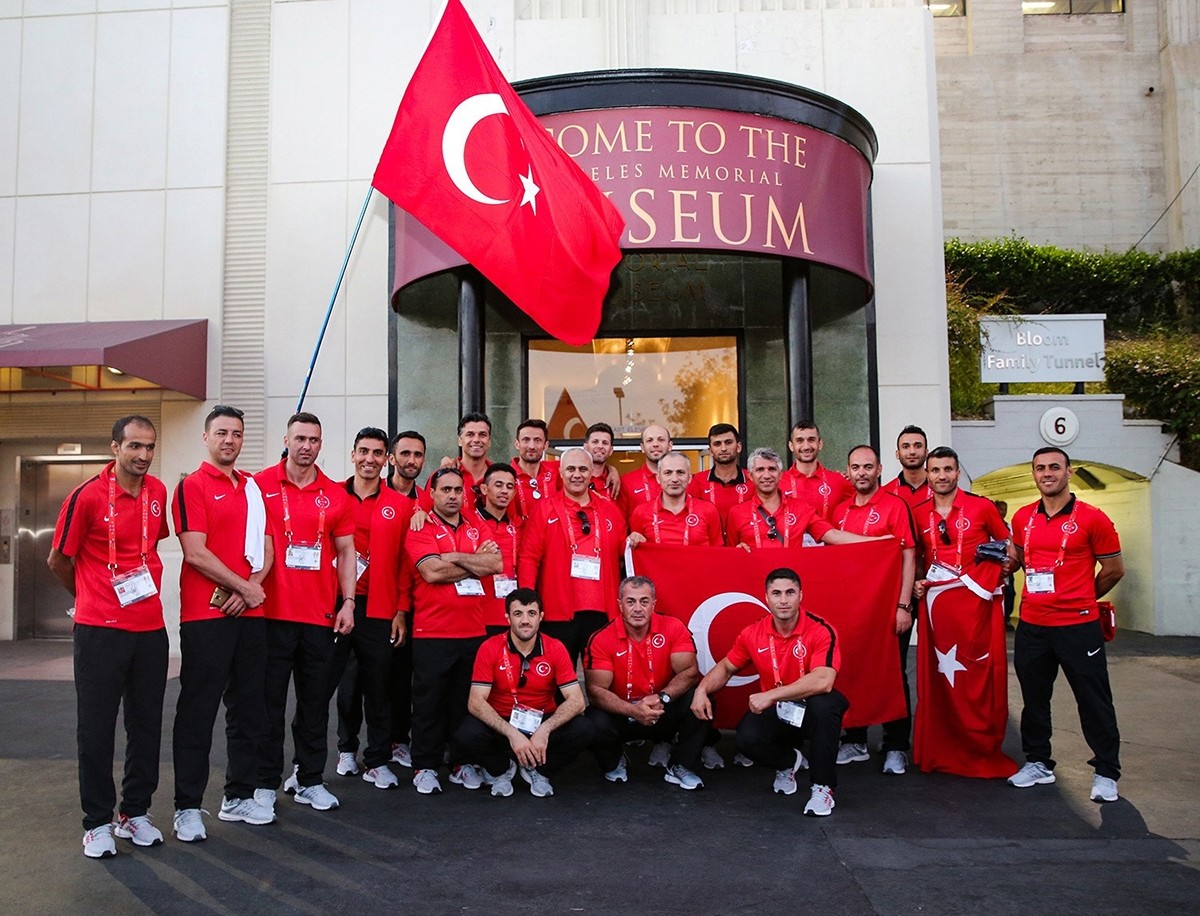 The firefighters secured a gold medal in the 35+ age group, and a second gold medal came in the individual class of the same age group.

Yasin Bilmez, who previously won a gold medal in the European Police and Fire Games, won the Ultimate Firefighter title in this year's competition.

Czech firefighters came second in the competition, while a team of American, Norwegian and German firefighters became third.

Istanbul firefighters won a total of 12 gold, 11 silver and nine bronze medals in this year's WPFG.

Raife Gülrü Gezer, Turkey's consul general to Los Angeles, welcomed the firefighters at the Turkish consulate and congratulated the team over their achievements.

"I congratulate our firefighters who won 12 gold, 11 silver and nine bronze medals in the WPFG in Los Angeles," the mayor tweeted.

The World Police and Fire Games is an international competition attended by over 10,000 athletes representing law enforcement, firefighters and officers from more than 70 countries across the world competing in 60 sports.