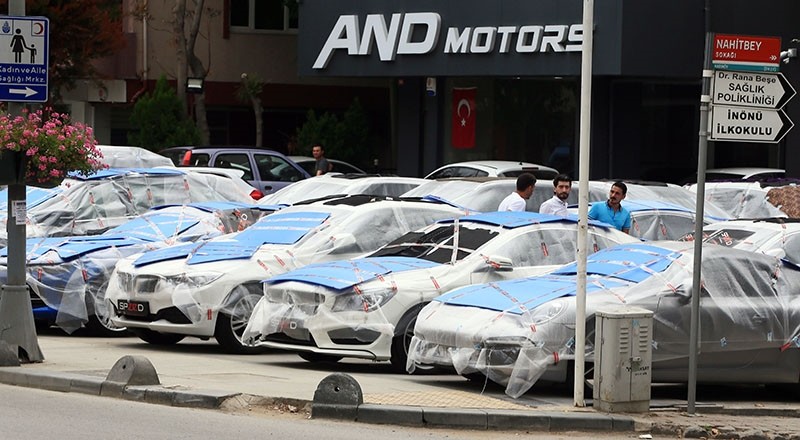 The rainy system is expected to be effective in northwestern provinces Istanbul, Kocaeli, Yalova, Sakarya, Bursa, Düzce, Zonguldak and Bartın.

Since Monday, temperatures decreased as much as 10 degrees Celsius, prompting concerns of hail, which caused significant damage in Istanbul during a storm on July 27.

Previously, on July 18, record rainfall and a storm also hit Istanbul, triggering flash floods across Turkey's most populated city. Rainfall disrupted daily life, leaving motorists stranded in their cars and interrupting metro and bus services during morning rush hour when millions of Istanbulites were struggling to get to work.

Turkish news outlets reported that many Istanbul inhabitants refrained from using their personal vehicles Tuesday, while closed parking garages were full throughout the city to avoid broken windshields or bruised hoods.

Car dealers throughout the city covered their vehicles that were put up for sale.