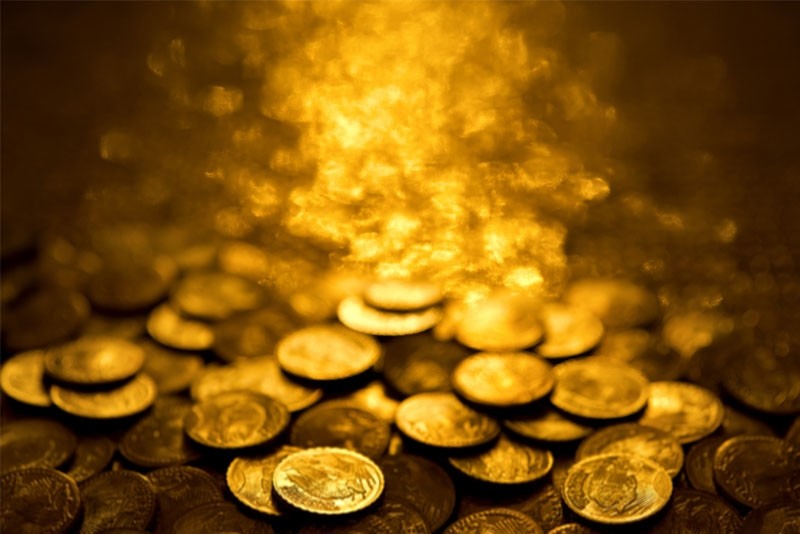 Rumors of 150 kilograms of ancient gold under the ground near the metro project in Istanbul's Kemerburgaz district have led many treasure hunters to carry out illegal excavations in the region, disturbing those living in the neighborhood, a report by the Habertürk Daily said Wednesday.

According to the report, the rumors started spreading about three months ago, when construction workers started digging as part of the metro project connecting the district with other parts of the city.

Rumors claimed that the construction workers carrying out the excavation around the area discovered 150 kilograms of gold and were caught red handed after a dispute about how to share the gold.

Upon hearing this, treasure hunters reportedly rushed to the area and started digging under the ancient aqueducts to claim the gold.

Gürkan Yılmaz, who is the headmen of Mithatpaşa neighborhood, where the excavations are taking place, told Hasan Örnekoğlu from Habertürk that the rumors are completely unfounded.

"Someone spread rumors that there is gold under an old church, some 500 meters near the metro excavation" Yılmaz said, adding that treasure hunters who heard the rumors rushed to the scene to get a hold of the ancient treasure.

Rumor has it that the Byzantines hid a giant jar containing gold under an aqueduct as they were fleeing.

This is why, according to Yılmaz, the treasure hunters dig near the aqueducts, but not even a single piece of gold has been found so far.

He noted that the hunters rent equipment to carry out the digging at night, dig around five to six meters and leave it. "We inform municipal officials right away to fill it up" Yılmaz said.

The local official, who expressed serious concern about the issue, said that authorities need to take precaution as soon as possible, as the site is extremely vulnerable and has no protection.

Located on the European site in Istanbul, and also known as Pyrgos, Kemerburgaz hosted the Byzantine Empire.

During the 15th century, famous Turkish architect Mimar Sinan repaired the Byzantine aqueducts in the area.