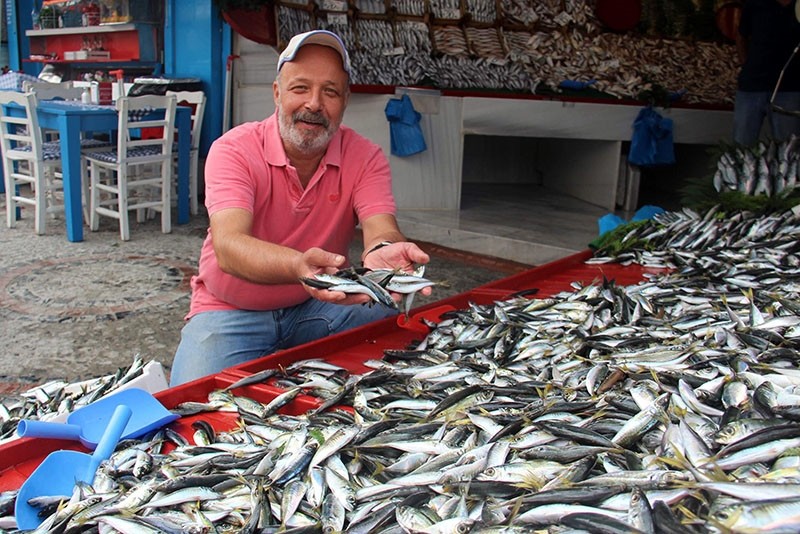 Fishermen throughout Turkey set sail as the five-month long fishing ban ended as of Sept. 1, which was prolonged by a couple of days due to the 10-day Eid al-Adha holiday, mostly returning empty-handed but remaining hopeful for the rest of the season.

This way mainly due to mackerel, once famous among fish species in the Marmara Sea and the Bosporus, showed up in fishermen's nets for the first time in 40 years. Saurel, bonito and anchovy, known in Turkey as hamsi, were also abundant in season's first trips.

Istanbul Regional Fishery Cooperatives' Union Erdoğan Kartal told Turkish news outlets that mackerel runs surprisingly crossed into the Marmara Sea from the Black Sea, which is a sign of abundance of fish for that this season. However, he warned that wrong and excessive fishing caused mackerel to flee Marmara decades ago, and such mistakes might cause it to flee for another 40 years again.

Mackerel is the main fish used in Istanbul's famous grilled fish sandwich carts, however, most Istanbulites and tourists are unaware of the fact the fish they eat is native to the waters of northern Atlantic Ocean and mainly imported from Norway.

Fishermen said this year there is plenty of fish in Marmara, but they complain that they cannot find qualified personnel to work in trawlers and seiners, despite monthly wages reaching TL 4,000 ($1,160), thrice the minimum wage, in addition to food and accommodation.

Due to the temperature of the water and moonlight, the first couple of days of the season were below fishermen's expectations, but they are hopeful that the prey will be much better in the upcoming days.

Marmara Sea, an inland sea located entirely within the borders of Turkey, is under increasing pressure from pollution, urbanization and industrialization as it is surrounded by Turkey's industrial and commercial heartland including Istanbul.