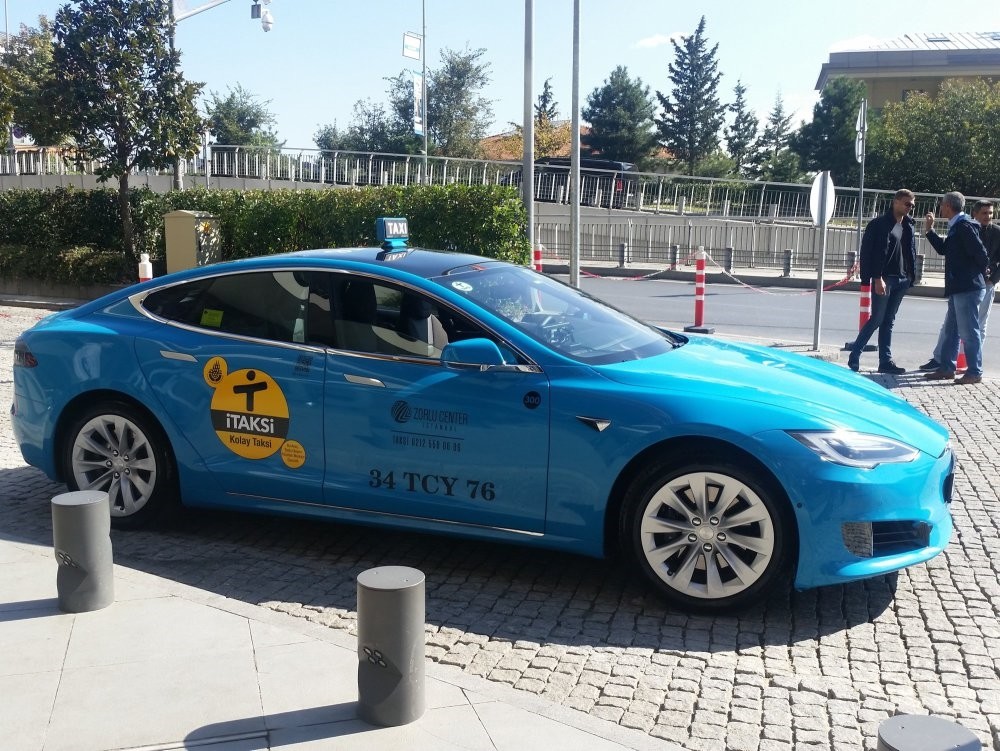 Yahya Uğur, chairman of İTEO, said the launch of the environmentally friendly Turquoise Taxi service marks the beginning of a new era in the business.

Some 200 electric taxis will be available in the city by January, he said.

Although they will help cut emissions, electric taxis come at a price for potential fares. They will be 15 percent more expensive than their gas-guzzling counterparts.

The electric taxis can travel 300 kilometers on a fully charged battery, with a top speed of 140 kilometers per hour.

Defending the higher fare, Uğur said: "New vehicles are needed for new Turkey," and added that the new vehicles will improve the quality of taxi services in Istanbul.

"This might also help our fight against pirate taxis, Uber and similar services," he said.

Uber, the ride-sharing service, has faced protests from taxi drivers around the world since it began eight years ago.

It also faced the wrath of Turkish taxi operators after it entered Turkey in 2014.

Drivers said that the U.S.-based company disrupted the industry. It is apparently illegal, but continues to operate through legal loopholes.

An increased use of mass transit and taxis in Turkey's most populated city calls for efforts to curb air pollution.

Istanbul's transport authority announced earlier this year that it would purchase 200 electric buses as it strives to keep Istanbul's growing traffic problem less hazardous to health.