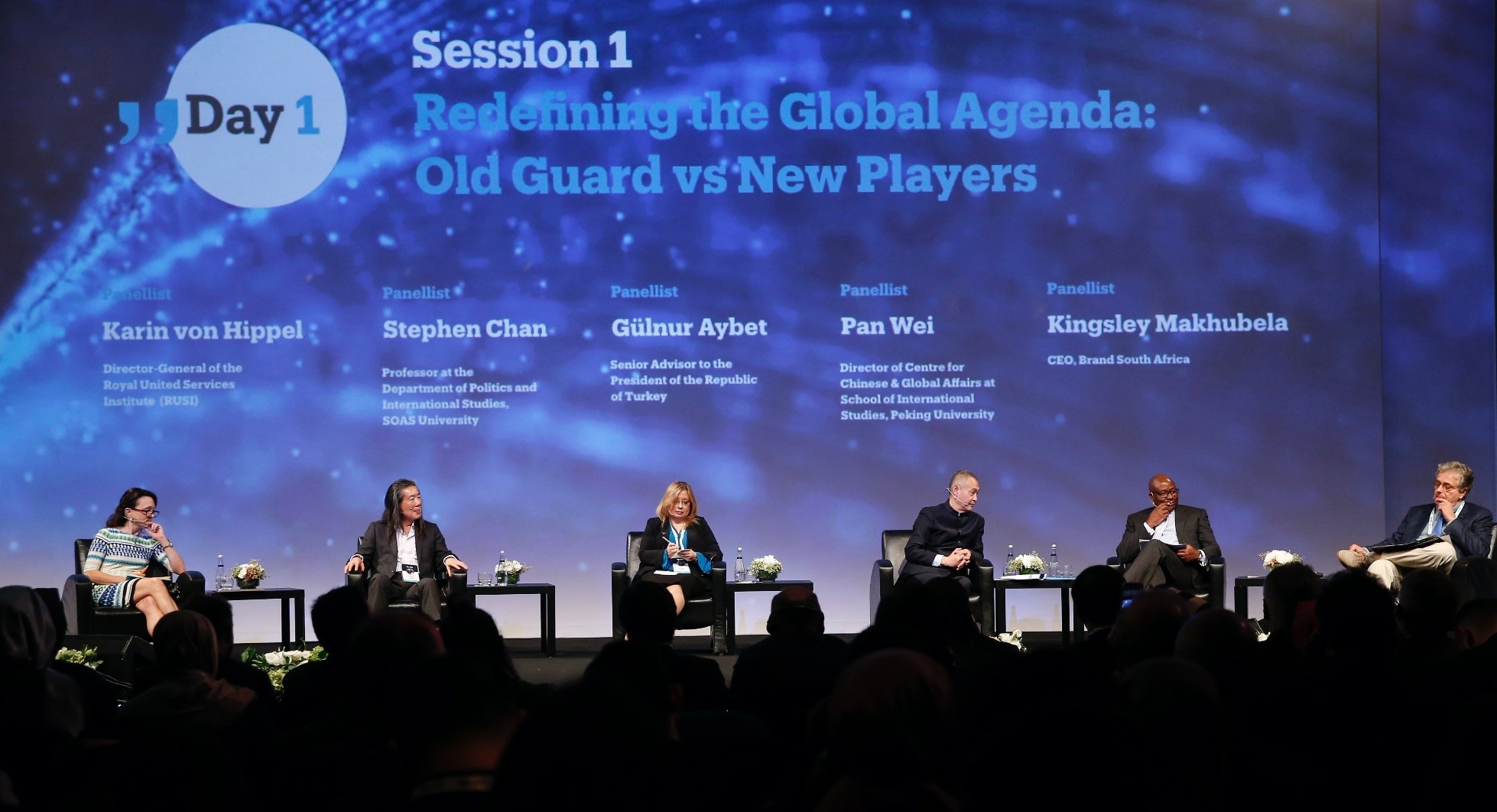 Panelists speak at a session on Wednesday. The two-day event delves into global affairs and mediau2019s responsibility in humanitarian crises.
by Daily Sabah with AA Oct 19, 2017 12:00 am

Having opened Wednesday, the forum hosted by public broadcaster TRT brings together activists, academics and prominent figures from around the world in Istanbul with the theme ‘Inspiring Change in an Age of Uncertainty'

In a keynote speech at the event, Prime Minister Yıldırım said TRT World, established in 2015, was "born in reaction to the current media mindset" and "for true journalism."

"It was established to tell people the truth and be the voice of those who cannot make their voices heard through true journalism," he said. "As a member of a political movement, and a country that has been subjected to great injustice in terms of journalism, I would like to indicate that in journalism, it is enough to just tell the truth."

The prime minister said Turkey acted as the "conscience of the world" and would continue to do so.

"Turkey's mission is to serve the truth, and be the voice, mind and conscience of the oppressed. We see that TRT World is doing this in the best way globally," he said.

The forum aims to create an international platform where global issues are discussed and thoroughly analyzed.

In the first day's sessions, participants discussed changing leading actors in influencing global agenda such as China, India, Brazil and Turkey, new threats and trends in the Middle East and North Africa and the media's responsibility when reporting humanitarian crises.

Speaking in the session "Redefining the Global Agenda: Old Guard vs. New Players," Stephen Chan, a professor at SOAS University, said civilizations and cultures need to put aside differences and view their own ways of doing business supreme to others for global cooperation.

Makhubela also said politics across the world was leaning more to the right and breading intolerance that ultimately divided societies and pushed people to extremism. He said there existed a "security dilemma" and resources that should be allocated to address the problems of socio-economic development were instead allocated to the military.