New opera house in Taksim to be modern landmark 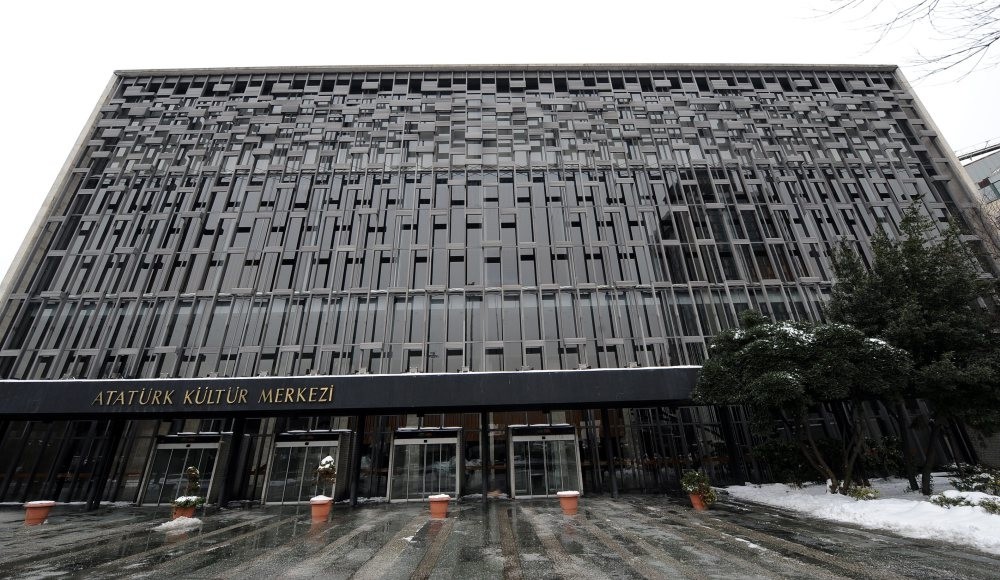 The Atatürk Culture Center, a somewhat iconic building overlooking Istanbul's Taksim Square, will be replaced by a modern equivalent. The plan for the new building will be unveiled by President Recep Tayyip Erdoğan on Monday

Decades after its construction, the Atatürk Culture Center, that grim-looking building at Istanbul's Taksim Square, will be replaced with a modern culture center. Addressing a tourism event yesterday, President Recep Tayyip Erdoğan said he would personally unveil the plans for a new opera house at the site of the venue.

The building has been vacant for a long time and the government announced a few years ago that it would be demolished.

"I would like to convey you good news today. We will demolish the Atatürk Culture Center, and we will build a larger, much different, cultural venue there in a modern architectural style," Erdoğan said. The president, who served as Istanbul mayor before founding the ruling Justice and Development Party (AK Party), has repeatedly expressed his vision to modernize Taksim Square and its vicinity. "Istanbul will have a new opera house there by the end of 2019, God willing," Erdoğan added.

The president praised the project he described as "rich, multi-purpose and cannot be compared to the current state." He said that it would also contribute to Istanbul's tourism.

Built in 1969, the Atatürk Culture Center sustained severe damage in a fire one year later. It was repaired and reopened in 1978. In 2005, authorities announced that the building "expired" and needed to be demolished. However, a proposal by the then culture minister was not approved. In 2008, the building was closed for repairs. Five years later, the Gezi Park protests broke out a few meters away from the building. People used the building's exterior to hang banners while riot police set up a police station there to suppress the months-long riots.

The 14,616-square-meter center has a Grand Hall with a capacity for 1,307 people, a 502-seat concert hall, two smaller halls for theater plays and a small cinema. There is also a spacious exhibition hall on the upper floors of the center.

Despite its fame as a cultural hub of Turkey, Istanbul, which was designated European Capital of Culture in 2010, does not have a large-scale opera house, save for the Süreyya Opera House on the city's Asian side.

In an address to artists last summer, Erdoğan complained that culture and arts have "been monopolized by a certain segment of society for a long time," and it is "this mindset that assaulted plans for a modern culture center in Taksim." The president said then that he has been unfairly criticized for years amid governmental attempts to build a more beautiful establishment to replace the "unsafe and ugly structure." "We were branded as an enemy of the art world and artists. However, all we want is for Istanbul to have the culture and arts venue it so deserves."