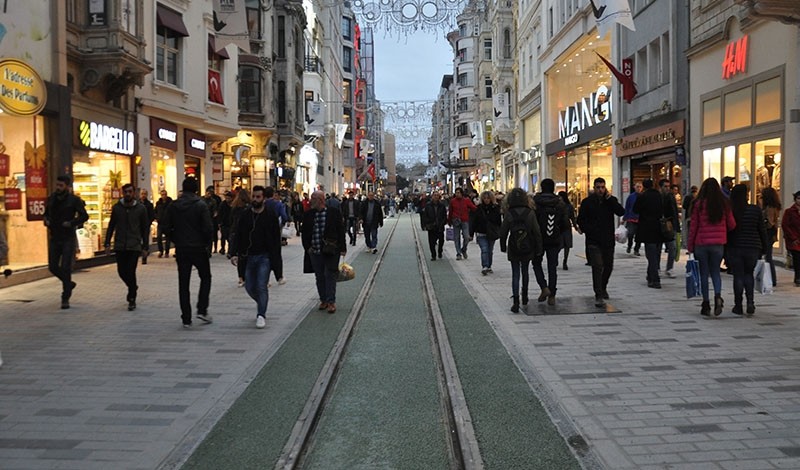 As renovation and infrastructure work in Istanbul's famous Istiklal Street is coming to end after a year it was launched, works in the a section of the street was completed Thursday, receiving mixed reactions from Istanbulites.

Istanbul Metropolitan Municipality had launched the work in December 2016, due to aging infrastructure of the area topped with flash floods in heavy rains, and unaesthetic ground covering that was switched back to plain asphalt due to broken or removed granite pavement consisted of large blocks.

The water, sewer, gas, electricity and communication network passing underneath the street was completely renovated. The works are now in their final phase since construction crews are re-installing the nostalgic tram rails and power line and laying the pavement, which is consisted of easily replaceable small granite blocks this time.

In the 650-meter section between Taksim Square and Galatasaray High School, a green plastic material was laid on the ground beneath the nostalgic tram rails, marking the end of the works for that section. The plastic pavement aims to absorb the vibration of the 1.64-kilometer long tram, which caused cracks and moving blocks in the pavement of the street swarmed by pedestrians. 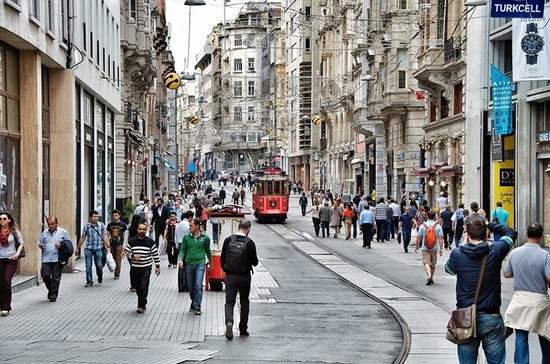 However, the choice for the color and the new look of the street was met with mixed reactions in social media, with many users likening the pavement to synthetic football pitches, which are common in Turkey.

A few "The Green Mile" jokes have also been made.

Many users asked the trees to be planted on both sides of rails, which were removed in 2005 due to overcrowding in the street.

The works are scheduled to be completed for the New Year's celebrations on Dec. 31, 2017.

The street's function and appearance has been a source of debate since early 2000's, when Istanbul started to rise in the ranks of popular tourist spots in the world.