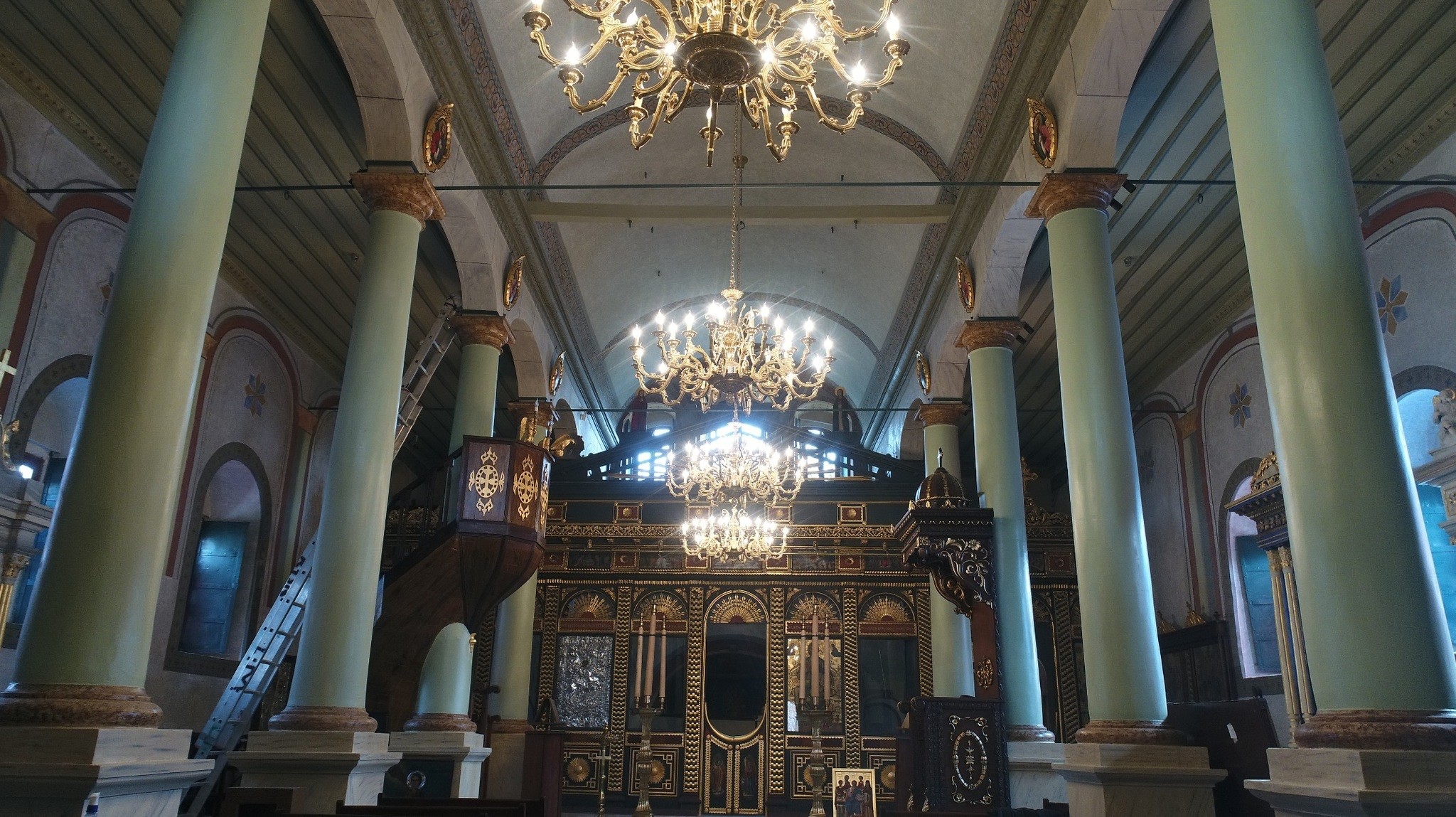 Dignitaries from Istanbul's Christian community joined officials of the Turkish Directorate General of Foundations Sunday in Istanbul for the opening of Aya Yorgi Church which underwent restorations launched by the state-run directorate.

Fener Greek Orthodox Patriarch Bartholomew presided over a mass at the opening ceremony of the church in Istanbul's historic Edirnekapı district.

The church, rebuilt in 1836 on its original site after it was destroyed in a fire in 1726, will also function as a school for religious music. The school will be run by the Beyoğlu Music Lovers' Association, founded by the Greek community in 1953. The association hosted a concert at the school for the ceremony.

Situated in a district which is home to Constantinople's ancient city walls, the church has remained open to the faithful for decades, even after it was handed over to a state-run authority by a foundation of the Greek Orthodox community in Istanbul. It was most recently restored in the 1980s and the latest restoration cost about TL 4 million ($1.03 million).

Speaking at the opening ceremony, Fener Greek Orthodox Patriarch Bartholomew said it is considered a civic duty to preserve the historical structures of the city's ancient past, and he thanked President Recep Tayyip Erdoğan and the Justice and Development Party (AK Party) government for "taking initiative" for the restoration of the church. "Our differences are a wealth for our country, for its progress," he said. "We hope that the Mihrimah Sultan Mosque and the exceptional works of the Great Architect Sinan will be a source of inspiration for all, serving as an example for peaceful coexistence and praying side-by-side, for hope, further restorative works and contributions to modern civilization," the Greek Orthodox patriarch said in reference to the Ottoman-era mosque located next to the church.

Adnan Ertem, the head of the Directorate General of Foundations, said his agency has worked to help maximize all cultural assets ranging from mosques to synagogues and churches, amid efforts to restore them. "It is our policy to preserve the legacy of all foundations, be they Islamic or of other faiths, without any discrimination. I would like to thank His Excellency Patriarch [Bartholomew] for appointing a priest here to keep the church functioning. This appointment will also help in preserving this place," he said at the opening ceremony.

Speaking to the Agos newspaper, Laki Vingas, a prominent figure of the Greek community in Istanbul who once served as a minority representative on the directorate's board, said the community was "very excited" for the reopening of the church. "It was a successful restoration because the restorers always consulted the patriarchate," he said.

Since the AK Party came to power in 2002, Turkey has sought to restore the rights of religious minorities as well as the worship houses of faithful minorities, ranging from Assyrians to Jews and Greeks. Many properties have been returned to these minorities - decades after they were forcefully confiscated by the Turkish state - while the government continues to pursue a policy of restoring abandoned historical buildings.