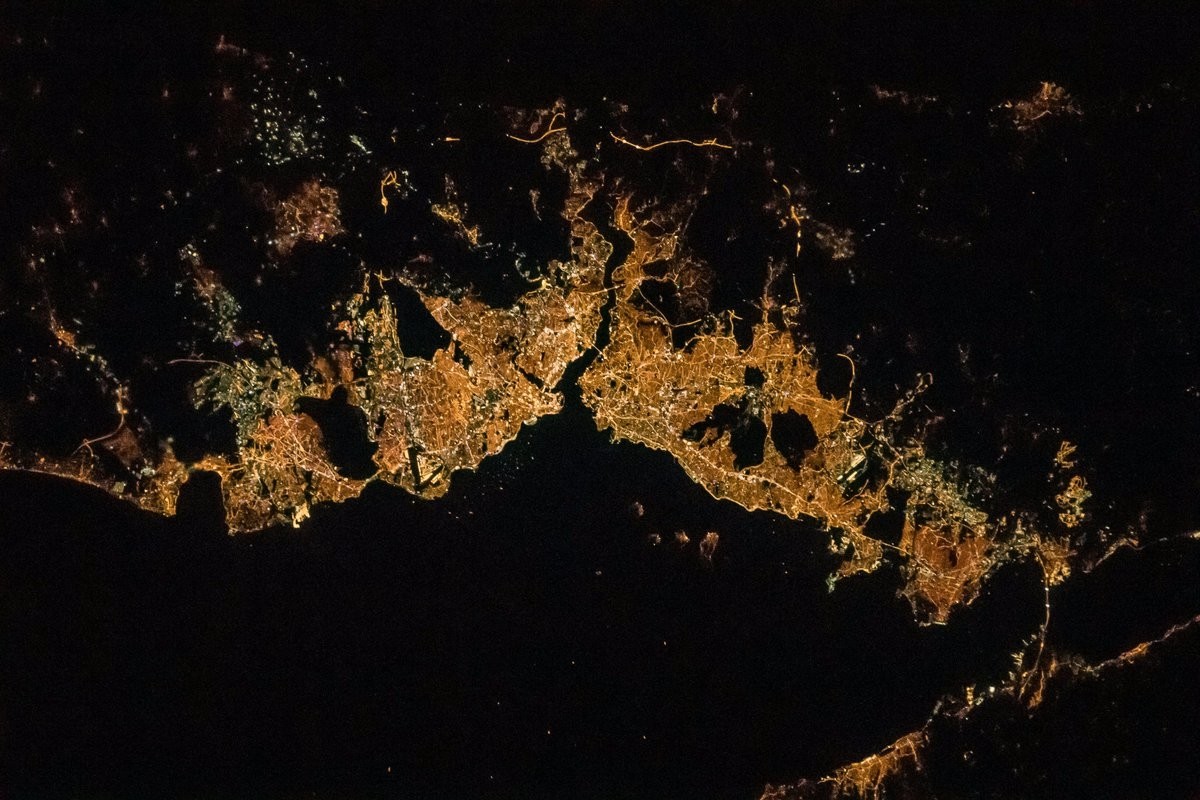 A bird's eye view image showing Istanbul shining in the night has made its way to become the one of the most popular tweets of NASA astronaut Randy Bresnik, the current commander of International Space Station (ISS).

Bresnik shared the photo as the ISS was passing over Istanbul thousands of kilometers away from the earth.


50-year-old Bresnik had previously shared daytime views of Istanbul from his account.

The former Marine fighter pilot started his NASA career in 2004. His current duty in the ISS began July 28, 2017, with the launch of a Russian-made Soyuz rocket in Kazakhstan's Baikonur Cosmodrome to carry the members of Expedition 52 to the ISS.

Robert Shane Kimbrough, a former commander of the ISS, had also shared Istanbul's images in April.