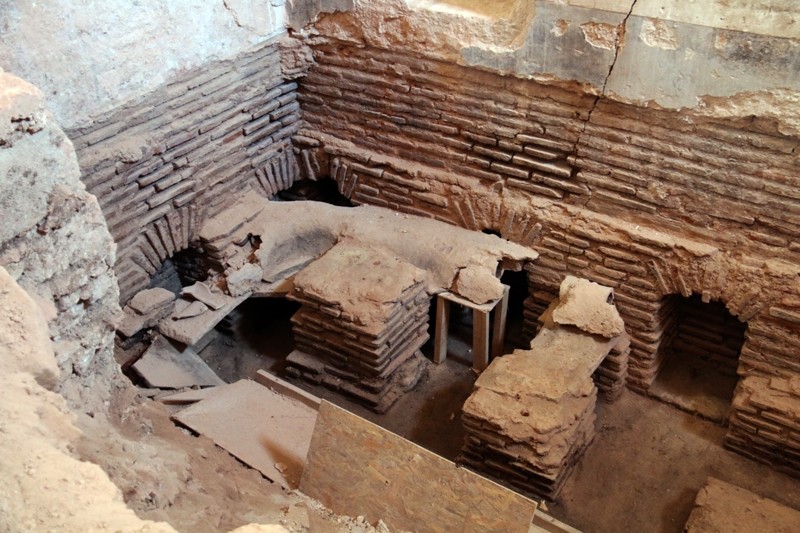 A hamam (Turkish bath) from the Ottoman period has been unearthed during restoration works in Istanbul's historical Topkapı Palace.

According to a report by the Turkish daily Hürriyet, the hamam, built in 1460, was used by five different sultans of the Ottoman Empire, including Mehmed II, Bayezid II, Selim I, Suleiman the Magnificent and Selim II.

Sultans reportedly stopped using it only after a new bath was built in the palace by famous Turkish architect Mimar Sinan in 1580. 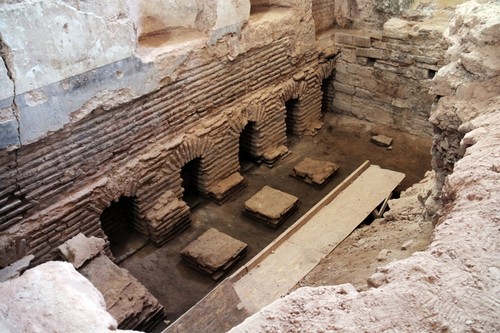 The discovery attracted a lot of attention as the bath was only mentioned in historical written sources before.

Italian Giovanni Antonio Menavino, who was taken captive by the Ottomans in 1505 and later became a janissary apprentice at the Old Palace, described the bath as "completely round and vaulted" in his book.

"There was a pool made of white marble," he wrote.

When the ruins were found during the works in the palace's Dormitory of the Expeditionary Force, it was first thought to be dating to Roman Empire period.

The Dormitory of the Expeditionary Force (Seferli Koğuşu) was constructed in 1635 during the rule of Sultan Murat IV (1623-1640) on the area of the demolished portion of the historical bath. 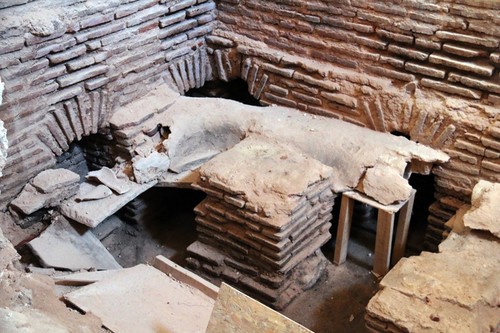 Thought to be the first Turkish bath built in the palace, the historical site will be opened to tourists after the restoration works will be completed.

The Topkapı Palace is a large museum located in Istanbul, Turkey. It served as the main residence and administrative headquarters of the Ottoman sultans during the 15th century.