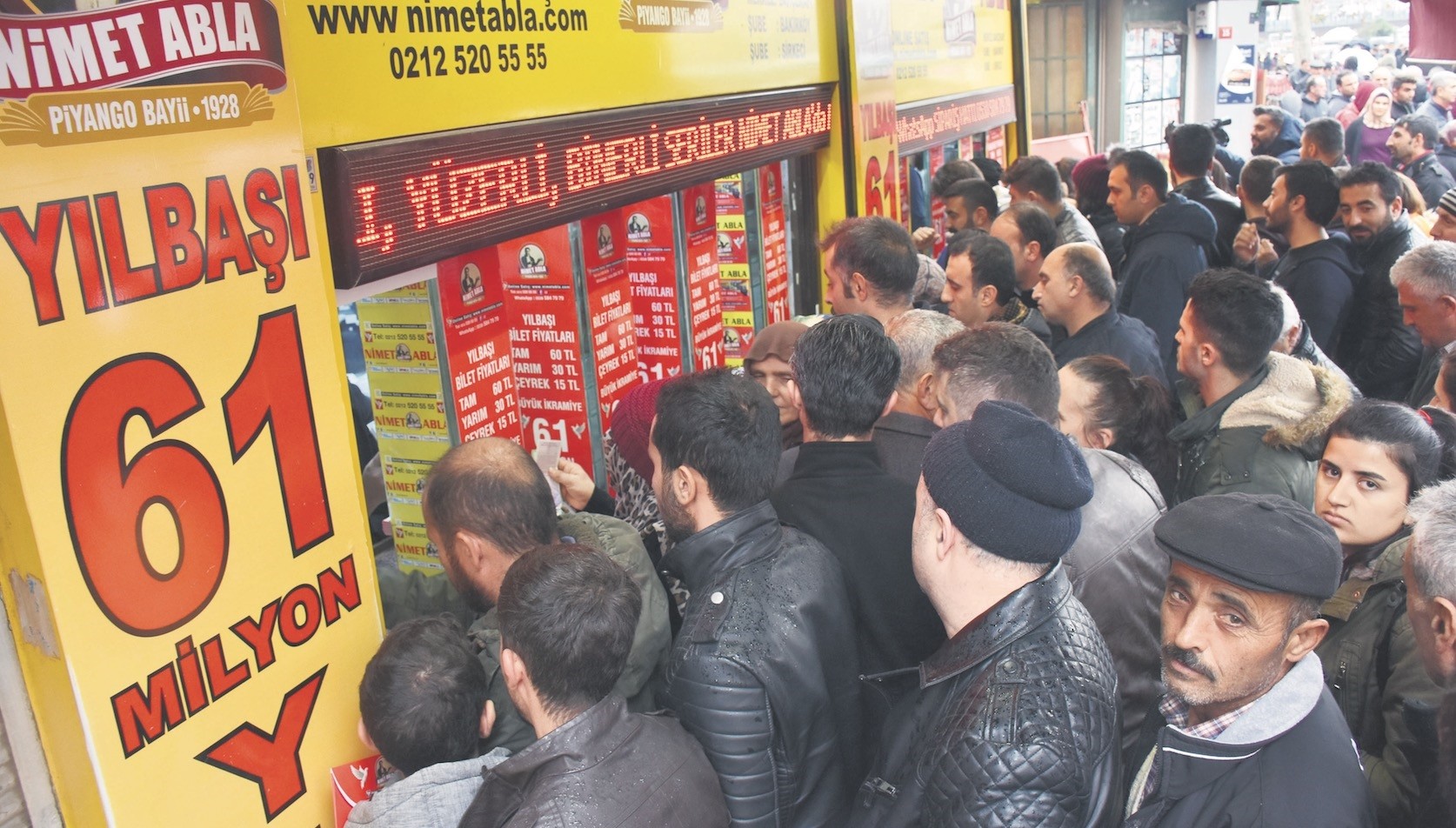 Amid heavy rain, hundreds of people lined up yesterday to buy lottery tickets from Nimet Abla, a famous vendor in Istanbul that is believed to be "lucky" as it has sold the most winning tickets in the city for decades.

Buyers gathered at Eminönü Square, one of the busiest squares, though normally quiet in bad weather. Some buyers said they traveled from other cities "just to buy a ticket from Nimet Abla," the agency named after one of the first lottery ticket sellers in Istanbul. Some, tired of waiting in line, turned to nearby ticket peddlers.

The National Lottery will distribute a grand New Year's prize of TL 61 million ($15.8 million)this year and ticket sales started late last month. The draw will be held on Dec.31. A single ticket this year is on sale for TL 60. Last year, the grand prize was divided among four winners.

Nimet Abla or Melek Nimet Özden as she is formally known, passed away in 1978, after running the small agency for decades. When it was found that a lottery ticket which won grand prize was sold from her agency, it made the headlines in 1931 and her fame spread, giving rise to urban legends that most winning tickets were sold there. The agency occasionally indeed sold more winning tickets due to the large number of people buying tickets from there.