Over 200 cartoonists draw to raise awareness about Jerusalem 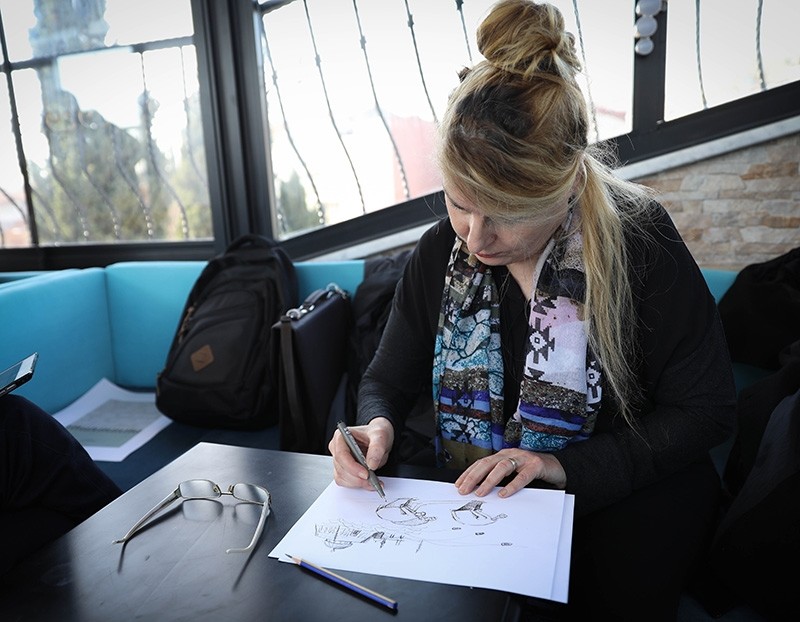 More than 200 cartoonists across the world Tuesday raised concerns over the Jerusalem with pieces that portray different aspects of the holy city as part of a cartoon contest.

Organized by Istanbul-based Association for Protecting and Maintaining Ottoman Heritage in Adjacency of Quds, the contest aimed to help create greater awareness on Jerusalem through cartoons.

A total of 232 artists from 39 countries participated in the competition with 642 pieces depicting the holy city.

Ahmet Altay, the coordinator of the contest, told Anadolu Agency that the aim of the contest was to make a positive contribution to the Jerusalem issue.

He said that the way to overcome this issue was not only diplomatic or political.

At the first-of-its-kind contest, Indonesian artist Jitet Koestana came out on top and Serpil Kar was awarded the third prize. In addition to the main prizes, there were also "Special Prizes" presented to several entries.

Koestana said: "A rainbow consists of not just one color, but many. Different colors contribute to peace. Trump's unilateral announcement of Jerusalem as Israel's capital is frightening. No religion provides reasons to treat each other badly."

Kar, who has been drawing cartoons for 10 years in the southern Turkish province of Adana, said: "Cartoons speak volumes. You can reach the entire world through cartoons."

Fethi Gurcan Mermertas, the winner of the Salahaddin Special Award, said his interest in the Palestinian issue dated back to 1967.

Iranian cartoonist Hassan Omidi, the winner of the Abdulhamid II Special Award, said: "I hope cartoonists can make the voice of the oppressed Palestinians heard."

Didie Sri Widiyanto, also participating from Indonesia, won the special award of the Association. He pointed out that he was not interested in the religious aspect of Jerusalem. "This competition is very important. I only draw cartoons. So I just expressed my feelings about Jerusalem by drawing a lute," he said.

At an extraordinary summit of the Organization of Islamic Cooperation (OIC), held last week in Istanbul, the participants responded to the U.S. move by formally recognizing East Jerusalem as the capital of Palestine.

Jerusalem remains at the heart of the Israel-Palestine dispute, with Palestinians hoping East Jerusalem -- now occupied by Israel -- might eventually serve as the capital of a sovereign Palestinian state.